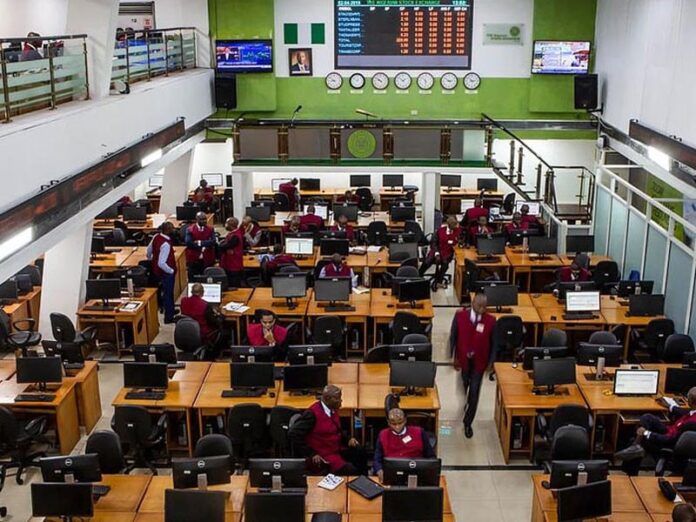 A released data from the broker performance report by the Nigerian Exchange Limited (NGX), shows that Ten stockbroking firms have traded stocks worth N491.482 billion in the first five months of the year.

Njenje Media News reports that between January 1 and May 31, 2021, the top 10 stockbrokers on the exchange traded 52.46 percent of the total value of shares transacted in the period under review. They also traded 43.73 percent or 36.255 billion of the total volume of shares traded on the NSE in five months.

Stanbic IBTC Stockbrokers Limited recorded the highest transactions worth N98.261 billion, representing 10.49 percent of the total value of the transactions for the period.

Investment One Stockbrokers followed with a transaction worth N70.190 billion, representing 7.49 percent of the total value of transactions, while Cardinalstone Securities pulled transactions worth N64.194 billion.

Moreover, the stock market has recorded a year-to-date loss of 4.6 percent as of May 31, 2021, due to rising yields in the fixed income (FI) market. Yields on fixed income instruments that were depressed last year have been on an upward trajectory in 2021 amidst strong local demand for higher yields and the need to attract foreign interest in Nigerian securities amid a dollar shortage.

Speaking on market performance for the first five months of the year, the founder of Tradelines DotBiz Investment Limited, Mr. Tunde Jeariogbe, said equities performances on the trading floor were mixed, with January and April closing in the positive territory, while February, March and the just-concluded month of May dragged performances through the bearish region.

He noted that; “in all, the All-Share Index recorded a year-to-date loss of 4.55 percent, while the market capitalization of the listed equities shed N1.022 trillion.

“Fundamental factors that dictated market trend through the five months observed so far in 2021 spanned from the second stage of COVID-19 that opened the market in January, the release of interim full-year numbers that prepared investors for the final audited numbers, the first quarter numbers equally played its usual impact, as traders optimized the numbers to position against expected half-year earnings in June/July.”