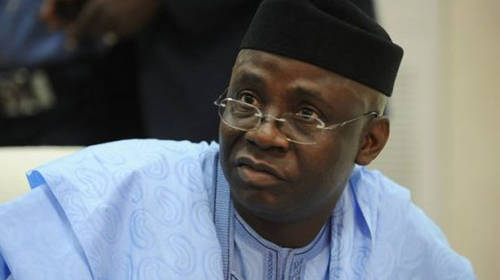 Igbo cannot be president of Nigeria because they are cursed! Jeez! That’s the new line Pastor Tunde Bakare is preaching… Please find his video released last week, March 31st to view and hear it yourself.

This sheer enunciation of evil. Or at best, let’s call it TREACHEROUS THEOLOGY. Stripped of its dubious religious garbs, Pastor Bakare is simply preaching against Igbo presidency with a most asinine and wicked logic. He is putting down Ndigbo, he is inciting Hausa-Fulani hatred on Ndigbo and he’s dressing it all up as a religious sermon from the altar. Beware the wrath of God when you play tricks with His name.

Pastor Bakare tells his congregation that Igbo cannot be president of Nigeria because they were cursed by Tafawa Balewa, Nigeria’s Prime Minister in the First Republic. He narrates further that when Balewa was killed in the 1966 coup, supposedly by Igbo officers, they poured alcohol into his mouth (by way of derision) thereupon the dying man laid a curse upon them that an Igboman would never get on the throne of Nigeria. Bakare actually regaled his gawking congregation with this pernicious tale. And to retrieve himself from the vale of perdition he had set foot upon, he tells his hollow heads that they must pray to reverse the curse.

What a most vile preacher! What a megalomaniac political personage posing as a preacher of the Word. And he thinks that God is fooled for a second?

Questions: was Pastor Bakare at the scene of the killing of Balewa? Are there recorded voice or video evidences to back this evil tale by his? How then would a grown up man, a lawyer and a so-called preacher present what is at best, an incredulous hearsay as fact to his congregation and by extension, the entire world? This column hereby challenges him to PROVE his assertion that Balewa cursed Igbo or forever be remembered as a fake, lying preacher!

Of course, Bakare knows full well that this hearsay amounts to a vicious incitement of hatred against the Igbo. Bakare is deliberately and wilfully inciting the Hausa-Fulani against Ndigbo. And I put it to him that he is not preaching, he is on the hustings, he is on a political campaign against Igbo. We can see through his decoy. Especially at this critical juncture of a national effort to pick the next Nigerian president.
Would any Hausa-Fulani hear this wicked tale today without cringing; without swearing to uphold the “curse” of Balewa on Ndigbo. The natural reaction to this would be to HATE Igbo and OSTRACISE them. Iwager that this is the singular motive behind Bakare’s sordid sermon – Igbo hate.

A further proof of Bakare’s ill motive is his mentioning Gen. Aguiyi-Ironsi in bad lights. He singled out Ironsi as the cause of Nigeria’s woes today because he changed the stutus of Nigeria from a federal republic to mere Republic of Nigeria. This of course is a tale full of mischief and fallacy and Bakare knows it. If Ironsi’s mortal crime was passing a decree to convert Nigeria to a unitary system, if Ironsi was killed for the “crime” of trying to apply unitary decree to perpetuate Igbo domination, why wasn’t the system changed upon his slaughter? Why hasn’t the system changed till this moment?! Bakare conveniently forgot that even at the killing of Ironsi, Nigeria still had four regions. Ironsi never abolished the regions, it was Yakubu Gowon who abolished the regions and decreed a 12 states structure. In effect, it was Gowon who pulled down the federal system. Yet, Bakare, who is supposedly learned and knowledgeable, hide these facts just to RUN DOWN NDIGBO!

We know the likes of Bakare, they may pretend for 50 years but one day, yes, just one day, God will reveal them for what they are: Igbo haters and tribal bigots. They may pose as men of God (God is not mocked), they may pose as leaders and statesmen but in their subconscious sits a latent volcano of Igbo hate. This cauldron, simmering in their dark hearts is bound to erupt someday, sometime!
Early last year, during an interview with Ovation, Bakare had asserted that Igbo cannot be president of Nigeria because democracy is a “vicious game of numbers”. It’s as if he was not alive in 1999 when the same game was tweaked to favour a Yoruba. Just last week, the All Progressives Congress (APC) elected their officers by consensus and not by the so-called game of numbers.

Back to Bakare’s blatant lie about a Balewa curse upon Ndigbo, let’s remind those who play pranks with facts that once again, it was not an Igbo coup. Kaduna Nzeogwu, the mastermind, was Delta Igbo, people who hate to he described as Igbo. Hassan Katsina, administrator of Northern Region was part of the putsch. Yoruba officers were part of the plot. Why would Balewa curse Ndigbo and not other coupists of Yoruba and Hausa origin?

In conclusion, it is this manner of invidious acts by people like Bakare that fuel Igbo separatist tendencies. It is underhand devices like this from otherwise learned people that convinces the multitude of Igbo that Nnamdi Kanu is right after all.
Well, if Balewa put a curse on Igbo never to ascend the throne of Nigeria I hope he remembered to also make a decree that Ndigbo cannot break away from Nigeria… because if Igbo cannot rule Nigeria, then Nigeria will rule herself without Ndigbo.