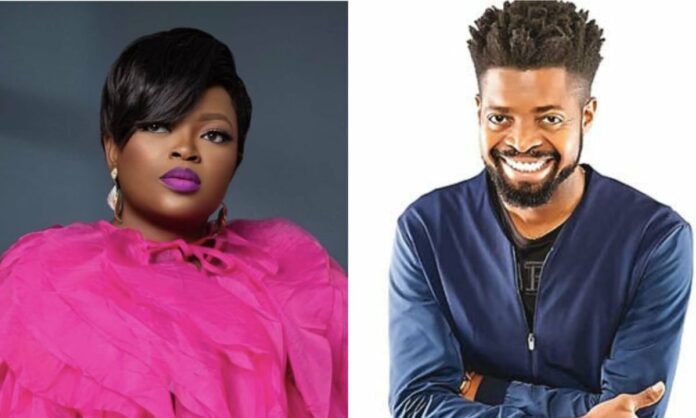 Relationships and marriages of top Nigerian celebrities suffered a series of setbacks in the year 2022.

In the year under review, some celebrities in the entertainment industry had crashed marriages due to irreconcilable differences and other factors.

Some of the factors and issues that led to celebrity marriages crashing are ego, lack of understanding, domestic violence, infidelity, financial independence and pursuit of happiness or fame, among others.

Celebrities who have had their marriages crash include Basketmouth, Do2dtun, Oritsefemi, Korra Obidi, Funke Akindele, Julius Agwu, and Gideon Okeke.

Comedian Bright Okpocha, professionally known as Basketmouth, in a public statement on Thursday, 22nd of December, announced a divorce from his wife, Elsie, after 12 years of marriage.

Basketmouth, who described the separation as an unavoidable situation, said “After much deliberations, my wife and I have made the difficult decision to end our marriage.”

On 16th December 2022, Omotayo, the wife of a Popular Nigerian on air-personality, Oladotun Ojuolape Kayode known as Do2dtun filed for separation from the Cool FM’s host over forced abortion, domestic violence and emotional abuse.

In the same trend, a Popular Nigerian actor and stand-up comedian, Julius Agwu confirmed his separation from his wife, Ibiere Maclayton, during an Instagram live session with popular Nigerian broadcaster and socialite, Ifedayo Olarinde, a.k.a Daddy Freeze.

Nollywood actor, Gideon Okeke in October 2022, broke the news of his separation from his wife, Chidera Uduezue, on his Instagram story amid separation rumours that trailed them for over a year.

Similarly, Nabila Fash, the wife of Nigerian musician, Oritsefemi Majemite Ekele, called by his first name, Oritse Femi, in October, announced their divorce. Nabila, during an interview with a famous Nigerian Romanian broadcaster and socialite, Ifedayo Olarinde, popularly known as Daddy Freeze, revealed that their marriage has packed up following alleged infidelity of the singer.

RELATED POSTS:  Actor Yul Edochie Calls For The Release Of Nnamdi Kanu, Urges FG To Listen To the People

In June 2022, popular Nollywood actress Cha Cha Eke via her Instagram page, announced the end of her marriage. She shared a cryptic post in which she mentioned that her life is at risk.

According to her, “Leave now Alive, or Leave a Corpse.” The post created lots of reactions from her fans, with most people wondering if she had been a victim of domestic violence.

Also in June, Abdulrasheed Bello, better known as JJC Skillz, on his Instagram page, confirmed that his marriage with famous Nollywood actress, Funke Akindele had ended six years after several rumours of separation. JJC Skillz announced to the public that they are both “pursuing separate lives.”

Funke, whose first marriage was to Lagos politician Kehinde Oloyede, is presently the running mate to the gubernatorial candidate of the Peoples Democratic Party, Olajide Adediran, popularly known as Jandor.

In April, actress Yewande Adekoya announced that she had ended her eight-year-old marriage to her husband, Abiodun Ishola Thomas over emotional abuse.

Also in March, a popular American-based Nigerian dancer and model, Anita Obidi Korra, popularly known as Korra Obidi, who was married to an American doctor and sports therapist, Dr Justin Dean, had her marriage crash a few days after welcoming their second child, a development that shocked many of their fans on social media.

Dean announced on his social media accounts that he was done with the marriage, reasons which he blamed on infidelity, narcissism, and lack of accountability.

Reacting to this trend in an interview with DAILY POST, an Abuja-based relationship counsellor, David Ogaba, identified work schedule, social media rumour, infidelity, lack of trust and misunderstanding among the causes of celebrity divorce.

”Celebrities are able to pursue divorce more frequently because of their economic position as they do not rely on other partner’s income,” he added.