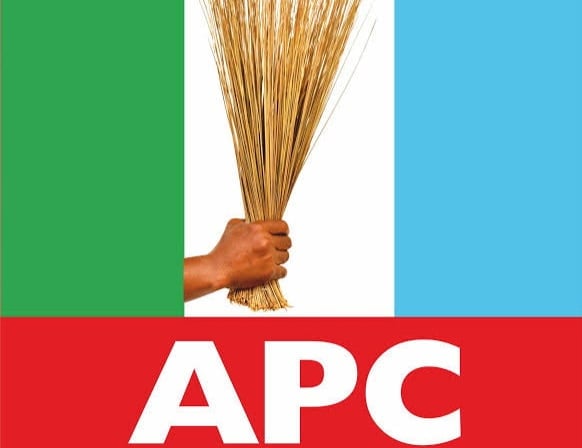 The All Progressives Congress (APC), on Sunday, vowed no amount of blackmail and evil machinations of disgruntled party chieftains can deter the genuine desire of the APC to win next year’s Abia gubernatorial election, describing its candidate in the state, Dr Uche Ogah, as the best thing to happen to the party.

This is coming against the backdrops of a purported court judgement that jailed Ogah on allegation of forgery, disinformation allegedly peddled by members of a parallel state structure of the party loyal to an ex-Pro-Chancellor and Chairman of Governing Council of the University of Nigeria Nsukka, Enugu state, Mr Ikechi Emenike, a factional governorship candidate in the state.

The factional group reportedly claimed the forgery allegedly perpetrated by the ex-minister was prejudicial to them and their authentic governorship flag-bearer, High Chief Ikechi Emenike, and therefore amounted to an offence contrary to Section 465 of the Criminal Code as is applicable in Abia State.

Recall before now that a federal high court presided by Justice Binta-Murtala Nyako in Abuja had sacked Emenike and affirmed the former Minister of State for Mines and Steel Development, Uche Ogah as the authentic All Progressives Congress gubernatorial candidate in Abia State for the election in 2023.

The court held that the indirect primary election, which produced Emenike, was in total disobedience to a letter forwarded by the national leadership of the All Progressives Congress to the Independent National Electoral Commission (INEC) that it would adopt a direct mode of the primary election in the state.

The high court also held that the direct primary election of 26th and 27th May 2022, which produced Ogah, was valid as the Resident Electoral Commissioner in charge of Abia State endorsed it.

Earlier, the Abia chapter of the All Progressives Congress, in a statement on Sunday by the State Publicity Secretary, Chief Offor Okorie insisted that the reported conviction of the APC gubernatorial candidate by an Umuahia magistrate court cannot stand the test of time.

According to Okorie: “The conviction is in total error and cannot stand judicial test. Ogah is hunted for truth and truths must always prevail. Even law enforcement agents know the truth, and truth must prevail against all darkness. Ogah is innocent.”

Continuing, Okorie reaffirmed the party’s earlier position and support on the concluded direct gubernatorial primary which elected Uche Ogah as the All Progressives Congress gubernatorial candidate in Abia State as monitored by the Independent National Electoral Commission across the electoral wards of the 17 local government areas in the state.

“Saying that he forged the primary election results, Ikechi Emenike should have tendered it in the federal high court Abuja that invalidated his candidacy or better approach the court of appeal to prove the forgery case against Uche Ogah, rather than bring himself so low to approach the magistrate court that does not have jurisdiction over the case.”

Our sources recall that Ogah had on the 26th of May 2022, emerged as the Abia governorship candidate of the All Progressives Congress in the recently-concluded gubernatorial primary elections for the forthcoming 2023 general elections in Abia state.

RELATED POSTS:  Count Ondo Out Of Your Secession Plan, Akeredolu Warns Igboho And Other Agitators

He was declared the winner after he scored 141,952 votes to beat his closest rival, Paul Ikonne who scored 27,054. Other gubernatorial aspirants include Chief Ikechi Emenike who polled 9,446, Emeka Atuma with 7,429, Obinna Oriaku with 5,553, Alex Otti who scored 2,41, and Daniel Eke who got 1,953 at the keenly contested direct primaries.