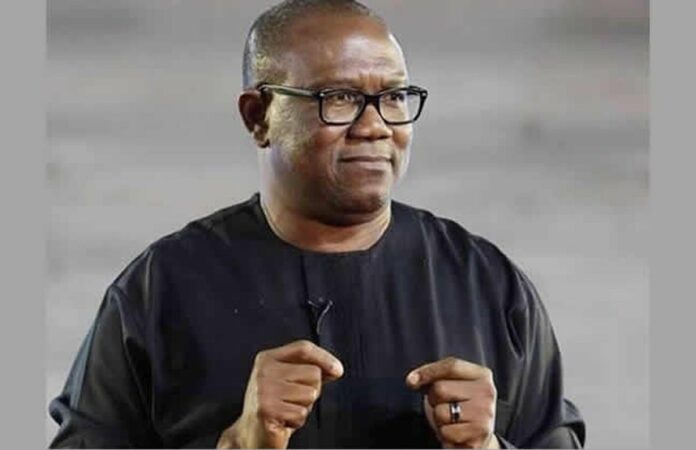 Senior Pastor of Awaiting The Second Coming Of Christ Ministry in Akure, Adewale Giwa, has urged the Labour Party presidential candidate, Peter Obi, to stop visiting the church, saying the votes of the Christian community cannot make him win the coming presidential election in 2023.

Giwa stated this on Sunday while addressing his members in Akure, Ondo State capital, on the State of Nation.

The cleric warned politicians to desist from acts capable of further causing religious violence in Nigeria.

He advised politicians to choose the right marketing channels that could make them win elections rather than play to the gallery.

Giwa said: “Stop playing to the gallery and do what is right in the eyes of God. Why do you think the church alone can give you [Obi] the votes you expect? No sir.

Don’t try to further cause ethnic and religious crises; we are yet to resolve the ongoing one. Muslim and Christian brothers and sisters had been relating well in the past, not until when politicians came to cause division between them.

“You come from a minority ethnic group, you need to love all and carry everyone along. You have the potential to become a president of Nigeria someday or in years to come, but not now.

“Start working towards it and build your resume; You need a lot of work to do, too, by building your party from the units to the wards, local governments, and states before the federal government. If it takes you ten years to do so, please, do.”

This is coming less than a few days after Obi attended the annual Living Faith Church programme, Shiloh.

DAILY POST reports that Obi was present at the church’s headquarters in Ota, Ogun State, on Thursday.