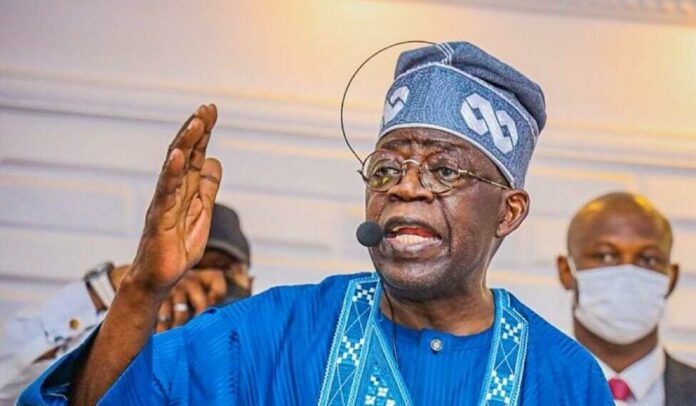 Tinubu said Obasanjo cannot win his polling unit; hence Obi is at risk for associating with the former president.

Speaking through the Director of Media and Publicity of the APC Presidential Campaign Council, Mr Bayo Onanuga, Tinubu said nobody in Ogun State could rely on Obasanjo to become governor or councillor.

The APC presidential candidate noted that the former president has never succeeded in making anybody become president in Nigeria.

A statement by Onanuga reads: “From our records, President Obasanjo has not successfully made anyone win an election in Nigeria since then.

“Not even in Ogun State can anyone rely on his support or endorsement to become a governor or councillor.

“We pity Peter Obi as we are confident that Chief Obasanjo cannot win his polling unit and ward in Abeokuta for Obi in the coming Presidential election on 25 February 2023.”

Tinubu said Obasanjo’s endorsement of Obi was not a “political currency” that the LP presidential candidate can spend in the country.

He stressed that the former president was not “a political force” in Nigeria.

The former Lagos State governor recounted how Obasanjo endorsed the Atiku Abubakar of the Peoples Democratic Party in 2019 against President Muhammadu Buhari.

He, however, noted with his support, Buhari defeated Atiku by a wide margin.

Tinubu vowed that history would repeat itself in February when he defeats Obi by a wide margin.