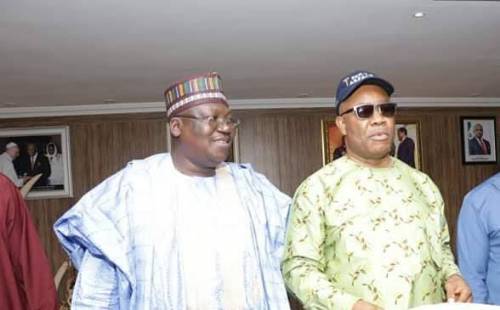 This was disclosed via the comprehensive list released on Friday by the electoral body.

It was gathered that Lawan, Umahi and Akpabio were missing from the list.

NjenjeMediaNews had earlier reported that the Independent National Electoral Commission affirmed Bashir Sheriff Machina as the winner of the Yobe North senatorial ticket of the All Progressives Congress.

Machina polled 289 votes out of 300 delegates, a certified true copy of INEC’s report from May 28, 2022, election revealed, confirming the politician’s public.

The document was certified by the electoral office on June 23, 2022.

This comes amid threats by the National Chairman of the APC, Abdullahi Adamu, who warned of severe sanctions if Machina refused to relinquish his ticket to the Senate President, Ahmad Lawan.

Adamu claimed that the party is supreme and that it reserves the right to decide who gets its ticket in any election.

He said, “There’s nothing in the law stopping the Senate President from contesting for another nomination just because he lost a presidential bid.”