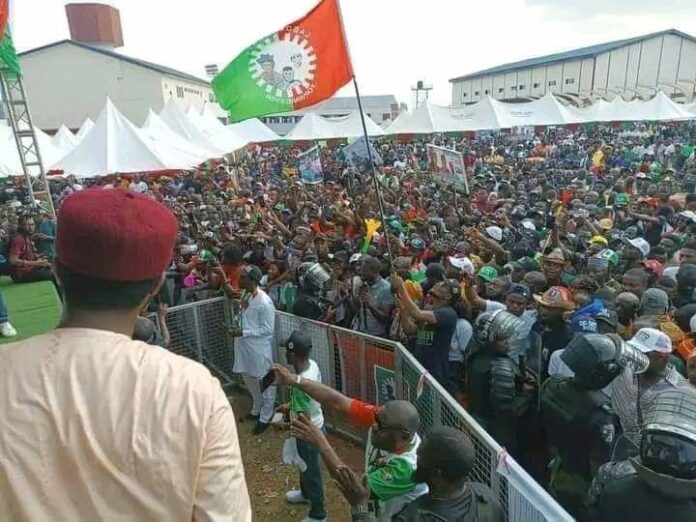 The former Anambra Governor had, in a tweet on his Twitter handle, boasted that the Oyo rally would be the mother of all other campaign rallies.

Obi claimed that the rally would serve as an eye-opener to those who are sceptical about the chances of the Labour Party winning the 2023 presidential poll.

He wrote, “Today, the OBIdient train has rolled into Oyo. It will be the Mother of all rallies. My team and I are looking forward to a huge rally; the non believers will come to believe. We are taking back Naija”.

Our sources report that the campaign venue was filled with Obi’s supporters, who are popularly called Obidients.

Still and motion pictures which captured mammoth crowd at the event, have been trending on all social media platforms.