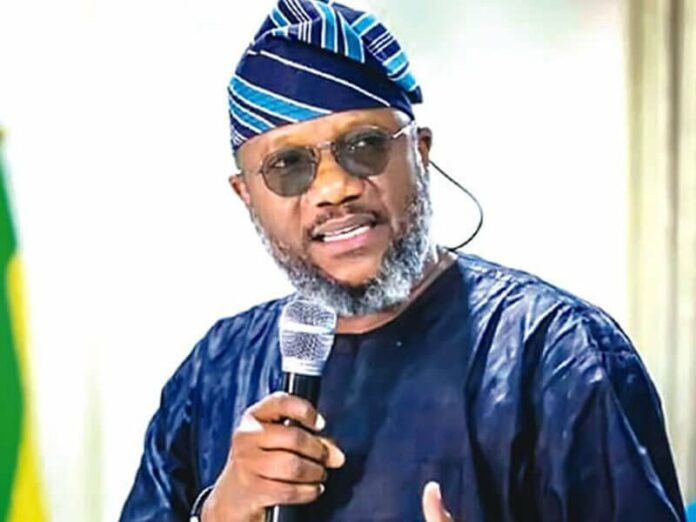 The deputy governorship candidate of the Peoples Democractic Party (PDP) in Ogun State, Hon. Adekunle Akinlade, has revealed that the party returned to the ballot to contest the 2023 general elections in Ogun State as a result of the new electoral law.

According to Akinlade, candidates of the PDP in Ogun, who were sacked by an Abeokuta Federal High Court on September 27 would not have been able to contest in the 2023 elections if not for the provisions of the 2022 Electoral Act.

Akinlade stated that the new law would make rigging impossible for the All Progressives Congress (APC) in 2023, urging Ogun people to get ready to vote massively in the elections.

The former House of Representatives member made the revelation while addressing PDP faithful at his Agosasa Ward, in Ipokia Local Government Area of the state, during a ward meeting.

He posited that with the return of PDP on the ballot for the 2023 poll in Ogun, the APC should be preparing its hand over notes.

Akinlade maintained that he won the Ogun 2019 governorship election which he contested under the Allied People’s Movement, but he was rigged out as a result of the flaws in the old electoral law.

He expressed confidence that with the signing of the new electoral law by President Muhammadu Buhari, “rigging is now impossible and it is time for the PDP to oust the APC in 2023 across the nation.”

Akinlade, who is the Director-General of the Atiku/Okowa campaign in Ogun, said, “I want to appeal to everyone to collect and keep their Permanent Voter’s Cards ready. We were rigged in the last elections at the collation centres. If not for the new electoral law, PDP would not be on the ballot for the 2023 poll in Ogun State. We relied on the new electoral law for our litigation and it gave us victory at the appellate court after the lower court had removed us from the ballot.

“I implore you all not to fall for the gimmicks of the APC. We must reject them with our votes in 2023. We must vote PDP from top to bottom in 2023 in Ogun State.”

DAILY POST recalls that the high court had on September 27 removed the PDP from the ballot by nullifying all its primary elections in Ogun.

But the Appeal Court sitting in Ibadan set aside the lower court judgment on November 28, saying the claims of Samson Bamgbose, Segun Seriki and other plaintiffs were not in line with the new electoral act.