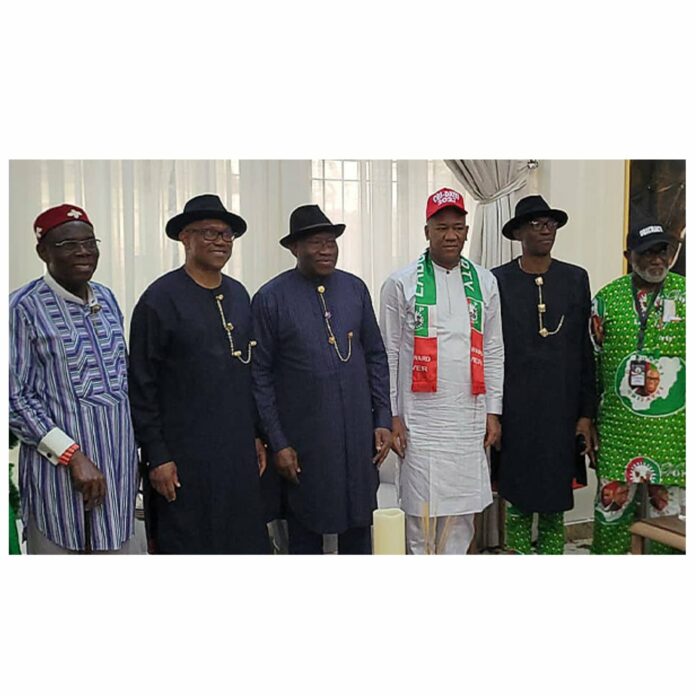 Former President Goodluck Jonathan has told Peter Obi, the Labour Party’s, LP, presidential candidate, that whoever emerges the next president must work towards uniting the nation.

President Jonathan made the statement on Friday when Obi paid him a courtesy visit at his home in Bayelsa State.

Obi was in the State to seek support from the residents in the 2023 presidential election.

The former president also said Nigerians must believe in the unity of the nation in order to move it forward.

Taking to his verified Twitter handle, he wrote, “Today I received in audience members of the Presidential Campaign Council of the @NgLabour led by its presidential candidate, Mr. Peter Obi.

“I reiterated that to move Nigeria forward, we all must see it as our own country and believe in the unity of the nation.

“Whoever becomes the next president must work towards uniting the nation.

“I also stressed on the need for a credible election and urged the Labour Party and all other parties and their supporters to conduct their campaigns peacefully.”