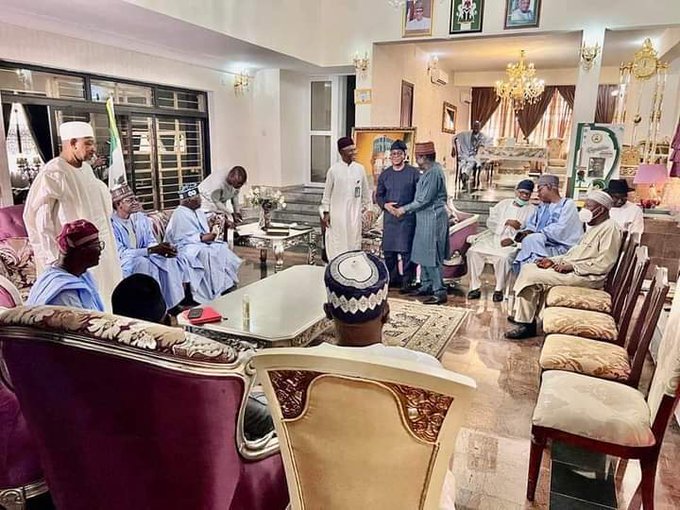 Nigeria’s Vice President, Professor Yemi Osinbajo has today, the 11th of April 2022 declared his intention to contest for the position of the President of the Federal Republic of Nigeria, Njenje Media News reports.

The National Leader of the All Progressives Congress (APC), Bola Tinubu, in reaction to Osinabajo’s declaration has had a meeting with APC Governors elected on the platform of the party.

Osinbajo himself met with APC Governors on Sunday after the Iftar dinner.

It was after the meeting that Osinbajo declared his ambition to succeed his principal, Muhammadu Buhari.

Tinubu after the meeting with the APC governors was quizzed by reporters after the meeting. The APC National Leader reiterated his earlier rhetoric on his personal ambition to rule the country. He had said again that “It is my ambition, my vision, and mission to become the President of Nigeria. One of the reporters reminded him that his son (referring to Osinbajo) just declared today to which he replied: “I have no son grown enough to declare”.