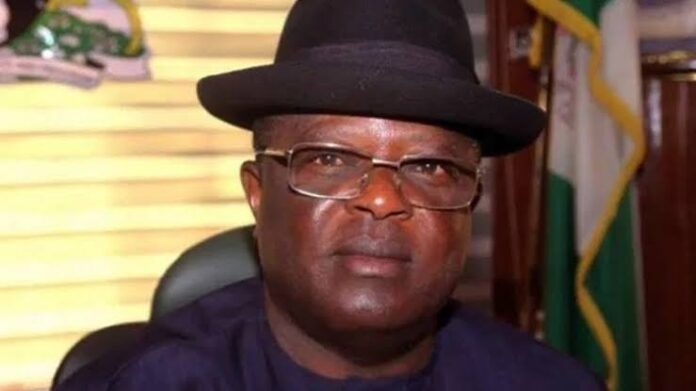 A Global Support Group, Umahi Support Network, USN, a group comprising of professionals across the globe promoting good governance has asked other aspirants in the APC to step down for Umahi, arguing that he is the most component and most qualified.

The group has thrown their weight behind the presidential aspiration of Ebonyi State Governor, Dave Umahi.
The group met over the weekend in London, United Kingdom to garner support for the ambition of the All Progressives Congress (APC) aspirant.

Njenje Media News reports that the group also demanded that all aspirants within the ruling APC should step down for Governor Dave Umahi.

In a communique issued after the meeting, its reads; “we demand that since the governor is the best governor in the South East, considering that the geo-political zone has not handled the presidency and baring in mind that the other main political party, the Peoples Democratic Party (PDP) has zoned their Presidential candidate to the North through Atiku Abubakar (North East), that the APC should use this opportunity to correct the wrongs and imbalance in power sharing and equity in Nigeria by zoning the presidency to the Southeast, and by ensuring that Governor Dave Umahi is elected as the flag bearer of the APC.

The group also congratulated the Governor for a successful screening exercise by the party, the APC.