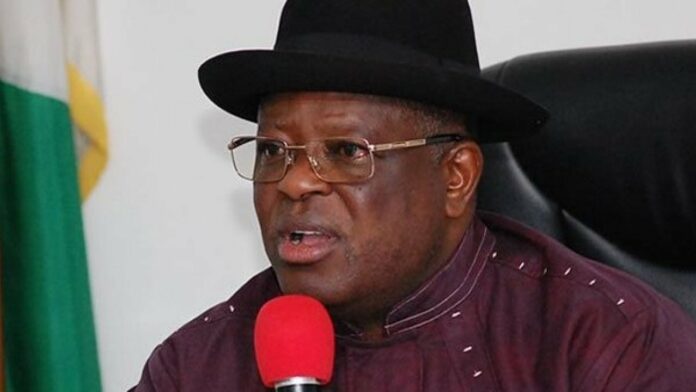 The Governor of Ebonyi State, David Umahi has few months to the 2023 general election banned street campaigns by political parties.
He also threatened to seal off party secretaries and offices of defaulters.

The governor, who made this known in a statement signed and issued to newsmen in Abakaliki by the Commissioner of Information and State Orientation, Mr Uchenna Orji, threatened to clampdown on political parties, including his All Progressives Congress, APC, that littered the infrastructure with posters.

“The Governor has banned all street campaigns and directed all Local Government Area Chairmen, to process all the applications of any Political Party including APC that wants to use the public facilities for their campaigns,” he stated.

Umahi, however, gave a marching order to all political parties including APC to remove with immediate effect, all the posters that already littered on the critical infrastructures in the state.

According to him: “The Governor has decided to forgive all other political parties and appeal to them to remove all their posters on all the critical infrastructure before 31st December, 2022 and desist forthwith from defacing the state facilities or face similar penalty like APC, Ebonyi State chapter.

RELATED POSTS:  Leaving PDP Was Never An Option For Me — Fani-Kayode