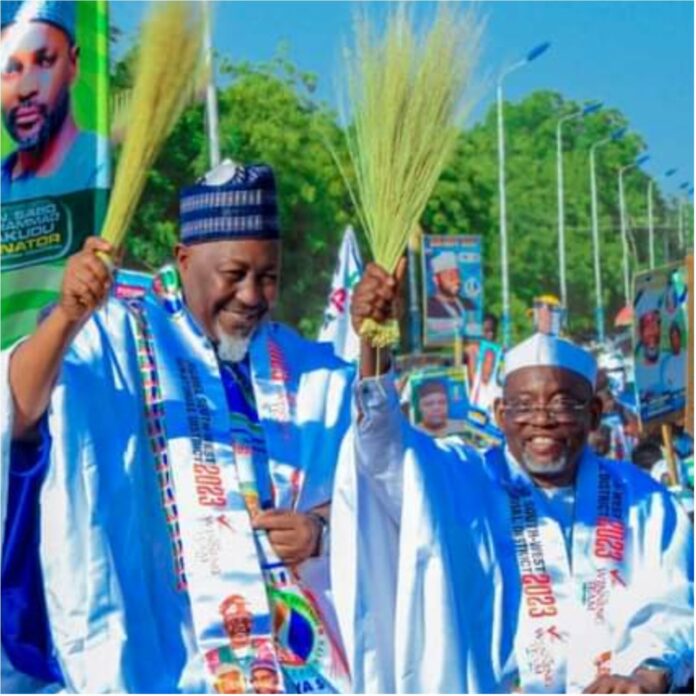 The governor stated this on Friday while addressing a mammoth crowd in Kaugama Local Government Area. He was reacting to the destruction of posters and billboards of the All Progressives Congress, APC, allegedly by opposition parties.

He said the ruling APC in the state has provided a free level ground for all the opposition political parties in the state.

According to him: “It is quite unfortunate, as the party in power, we didn’t abuse anybody, we didn’t destroy any party’s posters and billboard, still some opposition parties are destroying our own.

“Strong party would not involve in any fighting or destruction of opponent’s properties but only shows the differences on election day.”

Badaru, further avowed that opposition parties would clearly understand the differences between a party that is the people’s choice and despised parties.

Vandalising APC’s billboard, he explained, would not in any way affect the popularity of the party but rather increase the number of its supporters.