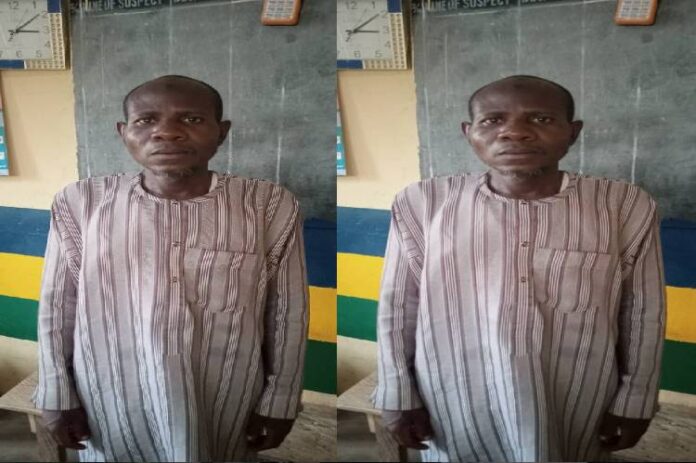 The Adamawa State Police Command has confirmed the arrest of a 41-year-old man, Usman Hammawa, for allegedly beating his 36-year-old wife to death over N1,000, Njenje Media News reports.

The Adamawa Police Command Public Relation Officer, DSP Suleiman Nguroje, in a statement explained that a fight ensued after Rabiyatu Usman demanded her husband refund N1,000 she lent him.

TVC News reports that Mr.  Usman Hammawa, a resident of Jada Ward in Ganye Local Government Area of Adamawa State, applied force on his late wife by hitting her head against a wall, which made her unconscious.

She was rushed to the hospital where she was confirmed dead.

The accused was arrested by the police in Ganye LGA following complaints received from his late wife’s relatives.

The statement added that Mr.  Usman Hammawa is a civil servant with Ganye LGA, had five children with the deceased after 16 years of marriage.

As part of effort at tackling Criminal activities and other related offences in the state, the CP, has deployed officers of Anti- Homicide unit to take over investigation and ensure law takes it course. He equally calls on people to always report people of suspicious character around their neighbourhoods to police.