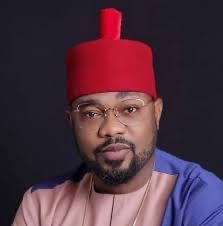 …CUPP wants Auditor-General arrested immediately and calls on Vice President to step aside and clear his name.

..Buhari’s APC govt is in competition to beat Abacha records in direct stealing from public purse.

The Coalition of United Political Parties (CUPP) has noted with dismay the latest revelation of high-level corruption which has since become the trademark of the All Progressives Congress (APC) government led by President Muhammadu Buhari.

In the latest revelation backed with relevant documents, it was revealed that Vice President Yemi Osinbajo and the Auditor General of the Federation, Mr. Anthony Ayine, drew whopping N10billion from the Treasury Single Account (TSA) in 2016.

The documents further revealed that in 2016, the two government officials authorized two withdrawals of N5 billion each from the TSA, totalling N10 billion.

The funds said to belong to the National Health Insurance Scheme (NHIS) was reportedly withdrawn without the consent and knowledge of the Executive Secretary and the management of the NHIS, therefore forcing a Lagos-based lawyer to petition the Special Presidential Investigation Panel (SPIP) and raising alarm over the illegal withdrawal.

This latest revelation, coming on the heels of several similar allegations of corruption in other government agencies such as the Niger Delta Development Commission, the Nigeria Social Insurance Trust Fund and the Economic and Financial Crimes Commission, definitely calls for concern.

That all these are happening under the watch of President Buhari who has be flaunting anti-corruption war as one of his administration’s cardinal programmes is not only surprising but also disappointing.

It appears to opposition political parties that this APC government is in competition to beat the record of the corrupt regime of late Sani Abacha in direct stealing from public purse.

Based on this revelation, the CUPP is hereby calling for the immediate arrest, investigation and prosecution of the Auditor-General.

We are also asking that the Vice-President should step aside to clear his name and allow proper investigation into the matter.