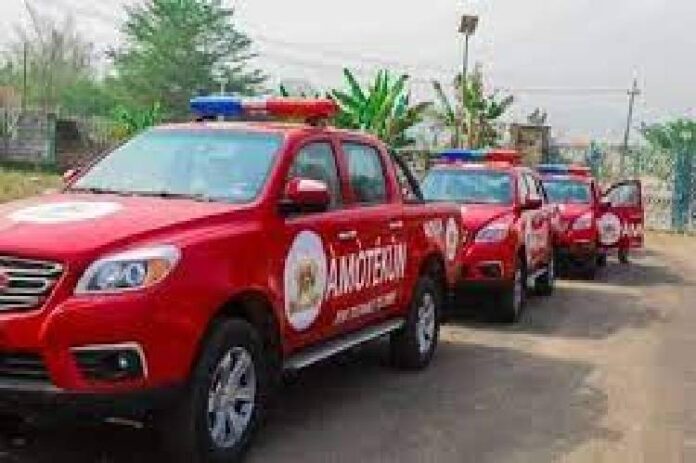 The Amotekun Corps in Ondo State have rescued two females and a male abducted by gunmen while traveling from Benue State to Akure after church service, Njenje Media News reports.

Two of the abductors were arrested during the rescue operation.

Reports say a distress call was received by the Amotekun Corps who swung into action, mobilized, and combed the forest to fish out the perpetrators.