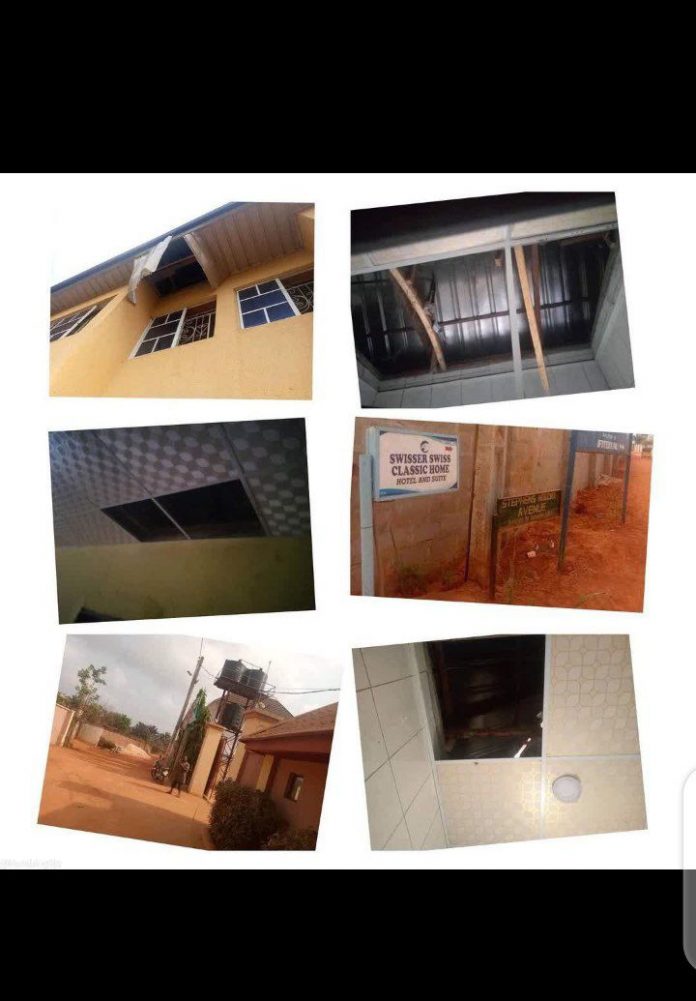 The Police in Anambra State, on Sunday, arrested scores of suspected homosexuals in the Dunukofia Local Government Area of the state, Njenje Media News reports.

The police, following a tip-off, raided Swisser Swiss hotel, where the suspected gay men were having a party.

“The officers arrested an undisclosed number of them, mostly men of different age brackets,” a source told SaharaReporters.

An indigene of the community, who corroborated the police source, said;

“The gays were holding a party at the facility when trouble ensued, leading to the invitation of policemen from the Ukpo Police Division.”

The suspects attempted fleeing in all directions when the policemen arrived, leading to the destruction of ceilings and other items in the hotel. They were taken to the command’s anti-cult office in Ukpo for investigation.”

Who Shall Tell the President Nigeria is Dying? — Dele Momodu