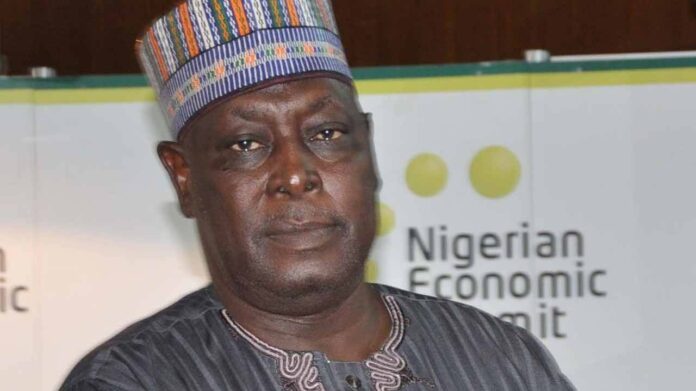 The Patriotic Elders Network for Peace and Justice in Nigeria has condemned the remarks by the former Secretary to the Federal Government, Babachir Lawal against All Progressives Congress, APC, Muslim/Muslim ticket, saying his recent comments are beyond party politics, Njenje Media News reports.

The National President of the Elders, Dr Bature AbdulAziz, said in a release he personally signed and issued to newsmen in Kano that the recent comments coming from Babachir were capable of truncating the peace in the nation.

AbdulAziz said, “as a National figure who was once a high public officer with the approval and support of both Muslim and Christian citizens, he should be seen showing respect to other Nationality’s right of political choice.

“However, in disregard to the high esteem and deep respects Nigerians have for you, you still occasionally speak as an ordinary gutter person who does not know the important of the unity and prosperity of this country.”

The Elders declared that discussions that promote regional, religious or tribal divides amongst Nigerians have since been a thing of the past, “such behavior of his directly correlates to a certain Northern governor, who only make headlines promoting disunity.”

He added that the politics of separation and segregation had been forgotten since 2000, adding that “previous leaders from the last couple of decades to date have shunned these positions by encouraging unity and harmony, amongst the citizens.

“We hope incoming leaders replicate and continue with such act of patriotism.

“Because at this point, Nigeria does not need such backward behavior, Irrespective of religious, public office positions or even from an ordinary man on the street.

“The former Secretary to the Government of the Federation is definitely an advocate for division, especially through religious discussions for personal reasons. We the patriotic Elders condemn and motivate more positive discussions from public officials, rather than his kind of unpatriotic remarks.”