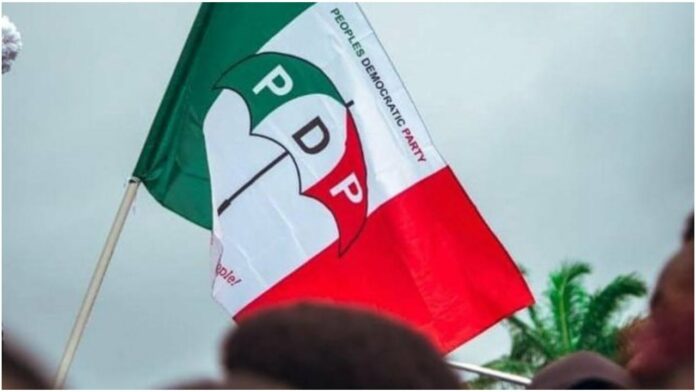 PDP Presidential candidate, former Vice President, Atiku Abubakar, and his team are slated to be in Akure, the Ondo State capital Wednesday.

The party in a statement by its National Publicity Secretary, Debo Ologunagba, Tuesday warned that the Ondo people cannot be subdued.

It warned the ruling APC that the Ondo people will resist the PDP rally.

PDP alleged that the APC plans to orchestrate violence and disrupt its Presidential campaign rally.

The Publicity scribe said the APC is threatened by the popularity and acceptability of Atiku, are allegedly ready to deploy thugs to disrupt its rally.

Ologunagba who described the APC as a rejected party said the Ondo people and Nigeria at large will reject the ruling party’s Presidential candidate, Asiwaju Bola Ahmed Tinubu in next year’s election.

The statement read in part “the PDP is aware of plots by the APC to import thugs from Kogi State and station them at strategic locations along roads and intersections leading to the PDP Campaign Rally venue in Akure town to attack PDP members and other Nigerians similar to the dastardly acts APC perpetuated against the PDP in our Kaduna and Borno States rallies.

“APC leaders are reportedly bragging that APC-led Ondo State Government had bribed commercial road transporters in the State not to provide transportation to PDP members and supporters so as to frustrate their movement to the venue of the PDP Presidential Campaign Rally.

“The PDP states clearly that it cannot be deterred by the APC’s plots which will be firmly resisted by the people of Ondo State. The people, having gone through excruciating seven and half years of pain and hopelessness under the APC are now in total support of the PDP and Atiku Abubakar.

“The APC is cautioned to note that the people of Ondo State have NEVER and will NEVER be subdued or repressed by any oppressive force. The history of the Ondo people is replete with stiff resistance to oppression, repression and any attempt by anybody to disrupt their normal peaceful lives”.

It urged Ondo State Governor, Rotimi Akeredolu to call his party members to order, adding that “he will be held responsible should there be any attack on PDP members or breakdown of Law and Order before, during and after the PDP Presidential Rally in the State”.

PDP also charged security agencies to take immediate action to halt the APC and its thugs in their nefarious plot against the people of Ondo State.

Ologunagba called on President Muhammadu Buhari to rein in his party members as their actions have the capacity of derailing Nigeria’s democratic process.

The opposition party also commended the people of Ondo State for their courage to stand with Atiku and the PDP.