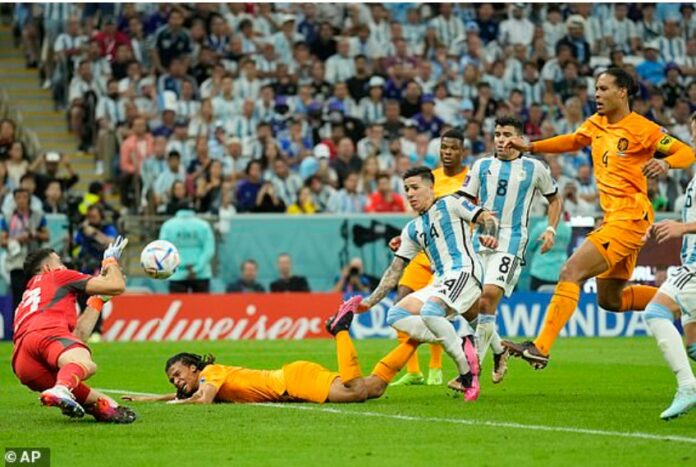 Argentina on Friday night defeated Netherlands by 6-5 to qualify for the semi-final of the FIFA World Cup holding in Qatar.

With the victory Lionel Messi’s quest to win the World Cup moves into the semifinals after Argentina beat the Netherlands 4-3 in a penalty shootout.

The match finished 2-2 after extra time, with Messi scoring one goal and setting up another. The Netherlands equalized in the 11th minute of second-half stoppage time.

Argentina will play Croatia in the semifinals on Tuesday.