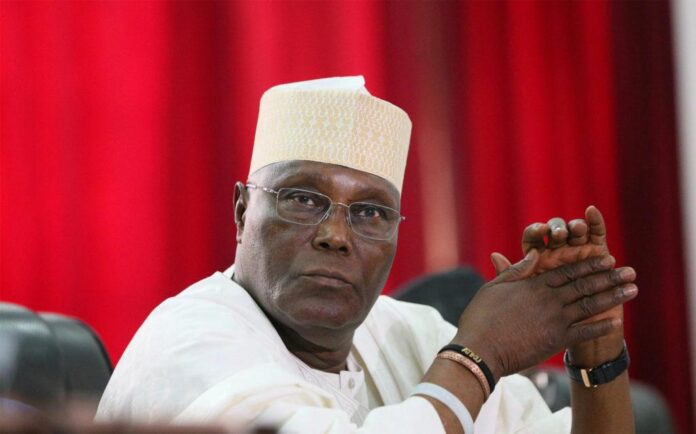 Former Vice President, Atiku Abubakar, is currently participating in the ongoing meeting of the Board of Trustees, BoT, meeting of the Peoples Democratic Party, PDP.

Atiku arrived at the party’s national secretariat, Abuja at exactly 2 PM, decked in a light blue kaftan with a cap to match.

Others include erstwhile Minister of Defence, Bello Haliru, former Minister of Foreign Affairs, Chief Tom Ikimi, among others

New Retirement Age For Teachers Has Taken Effect As At January...