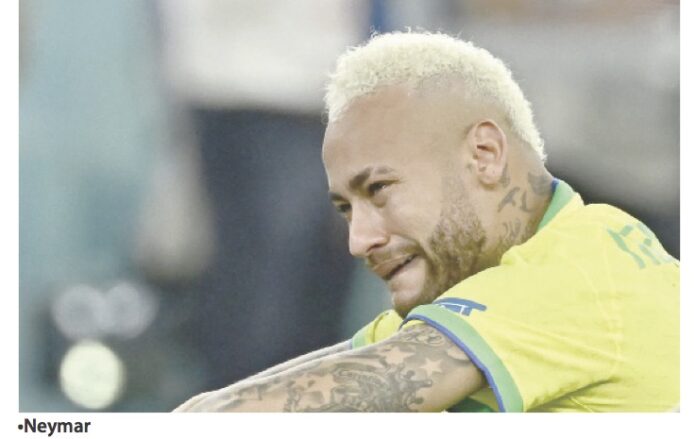 Croatia stunned Brazil in the 2022 World Cup in penalty kicks.

Brazil in search of a first title since 2002 and a record sixth overall, the Selecao arrived in Qatar as one of the tournament favourites. Tite’s side somewhat scraped to two group stage wins over Serbia and Switzerland, before a shock defeat to Cameroon.

However, they pulled it together in the last 16 against South Korea, winning 4-1, while they looked to be heading to the semi-finals of the first time since 2014 when Neymar broke the deadlock against Croatia halfway through the period of extra-time.

But Croatia went on to equalise and then prevailed 4-2 on penalties after misses from Rodrygo and Marquinhos. Neymar didn’t even take one in the shootout.

Brazil’s wait for a World Cup title will now be at least 24 years by the time 2026 comes around, matching the drought between their 1970 and 1994 triumphs.

The post Brazil crumbles to Croatia on penalties appeared first on The Sun Nigeria.