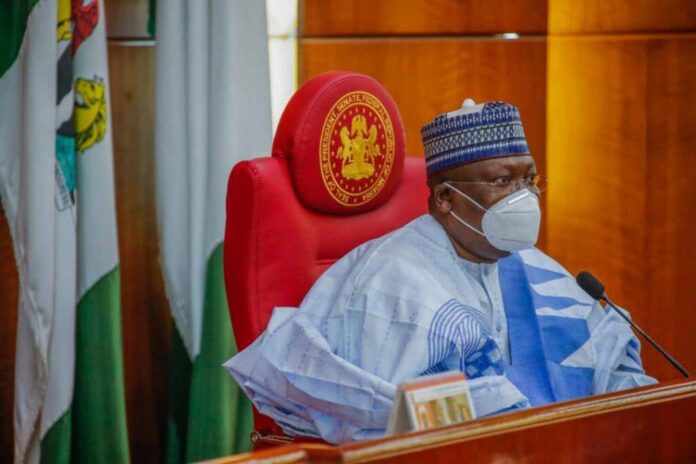 The national chairman of the All Progressives Congress (APC), Senator Abdullahi Adamu has announced the adoption of Senate President, Ahmed Lawan as the consensus candidate of the governing party, Njenje Media News reports.

Adamu made the announcement at the meeting of the National Working Committee (NWC) on Monday in Abuja.

Other aspirants including Asiwaju Bola Tinubu; Vice President Yemi Osinbajo; Dr. Kayode Fayemi and David Umahi, among others will, however, be allowed to contest the primary at the convention holding tomorrow at the Eagle Square, Abuja.

Adamu’s adoption of Lawan as a consensus candidate is against the position of 11 APC northern Governors, who endorsed that power must shift to the South after President Muhammadu Buhari’s tenure.

Adamu told the National Working Committee that he arrived at the choice of Lawan after consultation with President Buhari.