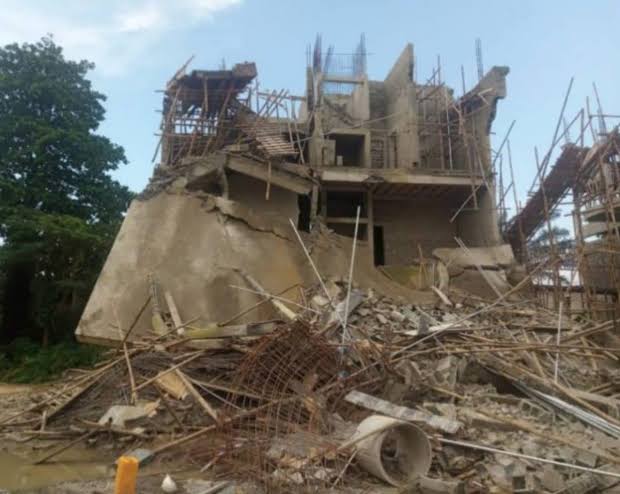 Two students have reportedly been killed while three others sustained injuries after an uncompleted building located in the Hotoro area, known as Hotoro Unguwar Gabas, behind Chula filling station, collapsed around 3 am on Friday night, April 8, Njenje Media news reports.

It was gathered that the uncompleted building was close to a Quranic school (makarantar allo) where the five students of the school used to sleep.

“On the fateful night, two out of the five students died while the remaining were critically injured after the building collapsed on them. The students that died were Ali aged about 28 and Abdulganiyu about 22 years old.”an eyewitness said.

The deceased students were buried on Saturday morning April 9.

Confirming the incident, the spokesman of the Kano State Fire Service, Saminu Yusuf Abdullahi, said “We are aware of the incident but they didn’t tell us on time. When our men were about to go there, they told us that they had since removed the victims and took them to hospital”