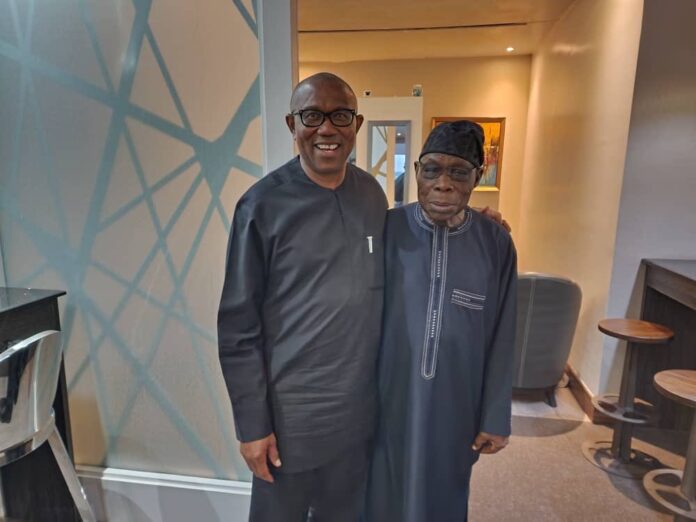 In a letter made available to NjenjeMediaNews, which also doubled as his new year message to Nigerians, former President Obasanjo disclosed his position on the 2023 presidential election and who he will be throwing his support to.

The former President described the past seven and a half years under the President Muhammadu Buhari-led All Progressives Congress (APC) government as stressful and eventful.

He urged Nigerians to be cautious while electing a new leader Obasanjo stated that his choice of a preferred candidate was based on previous relationships with the major contestants for the 2023 presidential election.

“We need selfless, courageous, honest, patriotic, in short, outstanding leadership with character and fear of God beyond what we have had in recent past.

“None of the contestants is a saint but when one compares their character, antecedent, their understanding, knowledge, discipline and vitality that they can bring to bear and the great efforts required to stay focused on the job particularly looking at where the country is today and with the experience on the job that I personally had, Peter Obi as a mentee has an edge,” he noted.

The ex-President challenged Nigerian youths to ignore divisive antics employed by politicians. He also noted that the job of a President was too vigorous for aged candidates.

“The vigour, energy, agility, dynamism and outreach that the job of leadership of Nigeria requires at the very top may not be provided as a septuagenarian or older. I know that from personal experience. And it is glaring out of our current experiences. Otherwise, we will be fed with, ‘The President says,’ and we will neither see nor hear him directly as we should.

“I challenge the youth to arise. Let nobody pull wool over your eyes to divide you and/or segregate you to make you underlings. Nigerian youth, wherever they come from, North or South, East or West, need education which is now denied to over 20 million children; Nigerian youth also need skills, empowerment, employment, reasonably good living conditions, welfare and well-being,” Obasanjo noted.

He also pointed out that challenges plaguing the country, including poverty, unemployment and insurgency, resulted from actions of elected leaders.