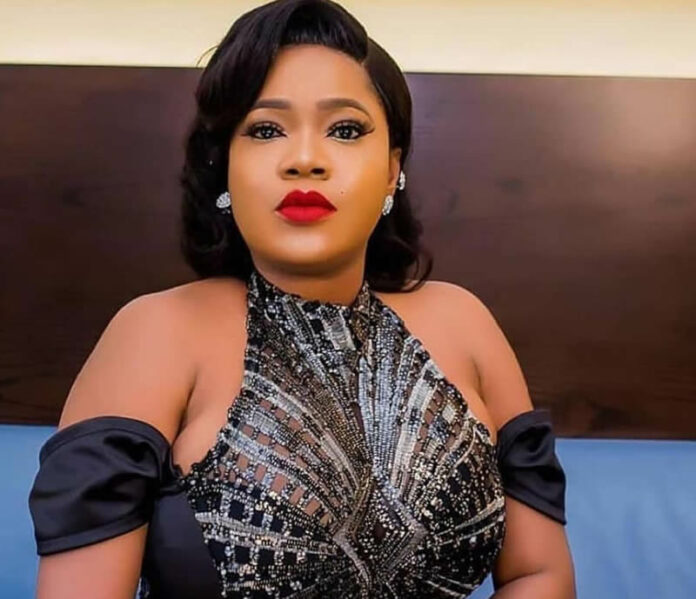 While speaking in her recent interview with the Media Room Hub, the multi-talented actress said she could not imagine not living together with her husband.

The movie star also narrated how she constantly prays against “strange” women and men who plot to destroy people’s marriages.

“I know my husband cannot leave me and I cannot leave my husband, but that is the only fear I have. That is why we always pray against any strange women or men that want to scatter marriages. That is my only fear but I know that God ordains it, so there’s nothing to be scared of.”

Toyin, who has established a name for herself in the movie industry with many nominations and awards to her credit, was formerly married to actor Johnson Adeniyi, in 2013 but the union crashed in 2015.

In 2019, the actress then tied the knot with actor Kolawole Ajeyemi and the union is blessed with two children.