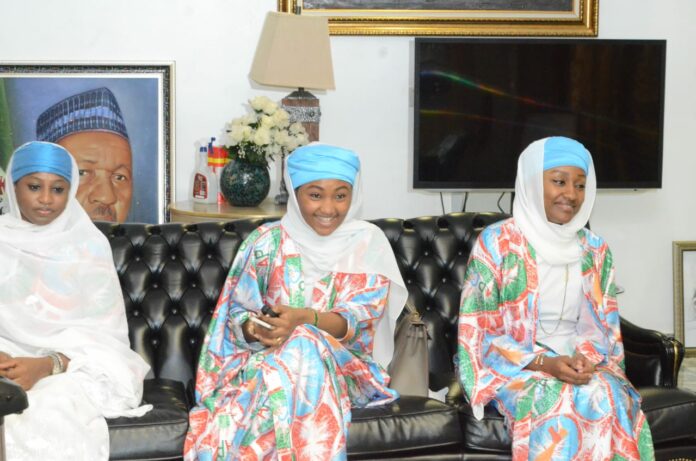 Their mother, Nigeria’s First Lady, Aisha Buhari, who was unavoidably absent at the occasion, was represented by the wife of the APC presidential candidate, Senator Remi Tinubu.

At the well-attended event, held at the Katsina People’s Square, Senator Remi assured the people from the north that their interest will be protected if the party wins the 2023 elections.

She also thanked Governor Aminu Bello Masari and the good people of Katsina State for the friendship and support showered on her husband over the years.

Responding, Masari said Tinubu is an old ally of the state and assured that they will stand by him till the end.

“Bola Ahmed Tinubu has been with us since before 1999. We have been with him for a very long time