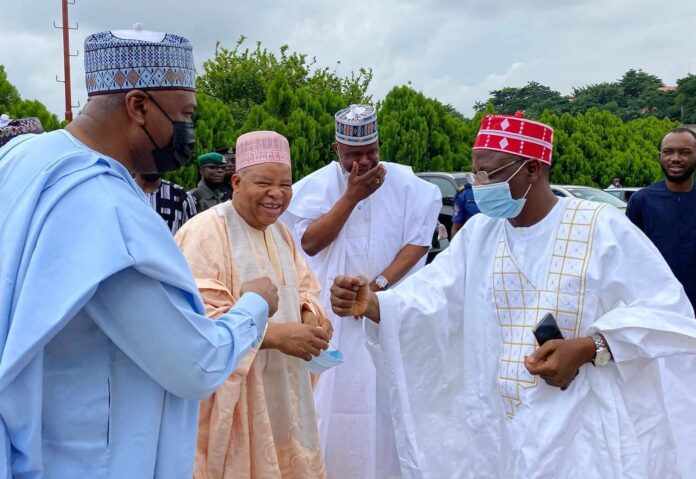 The nations antigraft agency,  Economic and Financial Crimes Commission (EFCC) has detained the immediate past president of the Senate, Dr. Abubakar Bukola Saraki, over allegations of theft and money laundering while he was governor of Kwara State, Njenje Media News reports.

Saraki was arrested in Abuja on Saturday afternoon shortly attending a wedding ceremony of a daughter of one of his loyalists and Third Republic Kwara State governor, Senator Shaba Lafiagi.

A source in EFCC confided in LEADERSHIP reporter that Saraki is to answer questions over alleged theft and laundering of public funds using a network of cronies and proxy companies through unexpected contracts in Kwara State.

The suspected proxies, who executed purported contracts for Kwara State under Saraki, allegedly made returns, for many years, to the former strongman of Kwara politics.