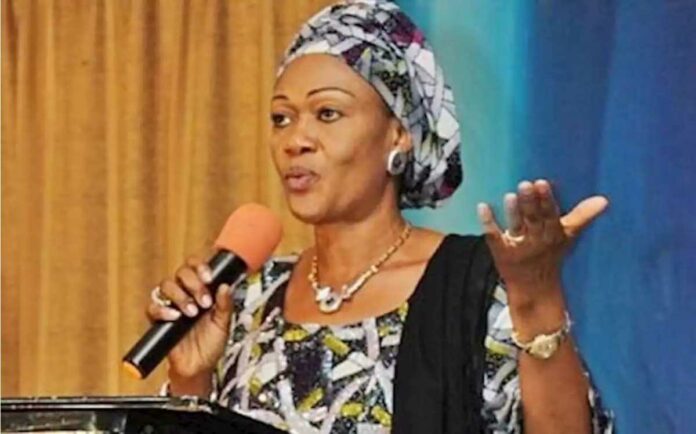 The wife of the All Progressives Congress, APC, presidential candidate, Bola Tinubu, Remi, has hinted on a Christian-Christian ticket, Njenje Media News reports.

Mrs Tinubu said the APC Muslim-Muslim ticket would set the tone for an all-Christian ticket after 2023.

She stated this at the APC South-West women’s presidential rally in Lagos yesterday.

APC had opted for a Muslim-Muslim presidential ticket against the outcry by many Nigerians.

Tinubu, a Muslim from the Southwest, had chosen former Governor Kashim Shettima of Borno State as his running mate.

Tinubu’s decision led to some eminent APC members like a former Speaker of the House of Representatives, Yakubu Dogara dumping the party for the Peoples Democratic Party, PDP.

Also, former Secretary to the Government of the Federation, Babachir Lawal and some Christians in APC had voiced their displeasure over Tinubu’s choice of Shettima as a running mate.

However, speaking during the rally, Mrs Tinubu said: “As regards the Muslim-Muslim ticket, this one will set the tone for the future. Sometime in the future, we will have a Christian-only ticket. What God has done in our land is marvellous.

“We thank you for coming out in large numbers despite the challenges. My coming here is another homecoming. About 23 years ago, God blessed my husband to become the governor, and I supported him as the first lady.

“I want to thank the people of Lagos Central for sending me to represent them. I am the first woman to emerge as a Senator three times. This is a fantastic opportunity, and I have been working for the good of our people since 2007 when my husband left office.”