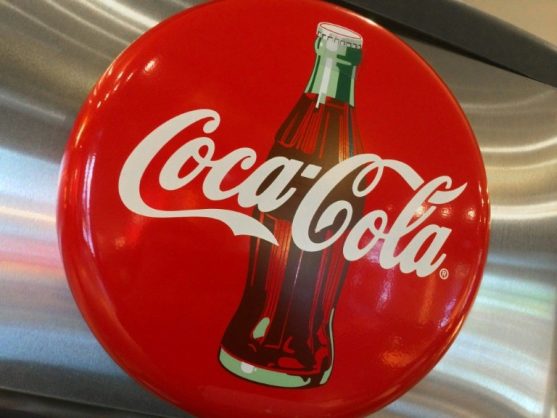 As sponsors of the FIFA World Cup, the total beverage company has been an official partner of the governing body, Federation International de Football Association (FIFA) and this longstanding partnership has lasted 48 years with The Coca-Cola Company being a lead sponsor of the 2022 FIFA World Cup.

With a partnership with Landmark Centre, The Coca-Cola System treated consumers to an electrifying evening on Sunday November 20th; with an ambiance that was reminiscent of a Qatari stadium, as attendees were able to watch the first match of the season through a viewing party that simulated a stadium-like experience.

Speaking on the exciting activation, the Managing Director, Coca-Cola Nigeria, Alfred Olajide explained, “Our Believe and Win ‘Under the Crown’ Promotion was the highlight of the year for our loyal consumers as we excited them with winnings worth over N400m, with five lucky winners securing the coveted all-expense-paid trip to Qatar to experience the live excitement of the 2022 FIFA World Cup. Today we are bringing that same magic to our consumers in Lagos, Nigeria through this viewing party as we officially kick start the football season”.

Matthieu Seguin, Managing Director, Nigerian Bottling Company added saying, “Football remains a key passion point for Nigerians, and we will continue to foster everyday moments of optimism and unity through the refreshing taste of our beverages, combined with the sport which we all love.”

Recall that the company had its biggest campaign of the year when it launched its Believe and Win ‘Under the Crown’ Promotion in August, which it sustained all through to October, delighting consumers across the country with airtime winnings and an all-expense-paid experience to Qatar for five consumers.

As a leading total beverage company, Coca-Cola’s Believe and Win ‘Under the Crown’ promotion reflects Coca-Cola’s continued support for the football passion point across the country and the company will continue to provide experiences that help promote bonding amongst its consumers during the ongoing FIFA World Cup