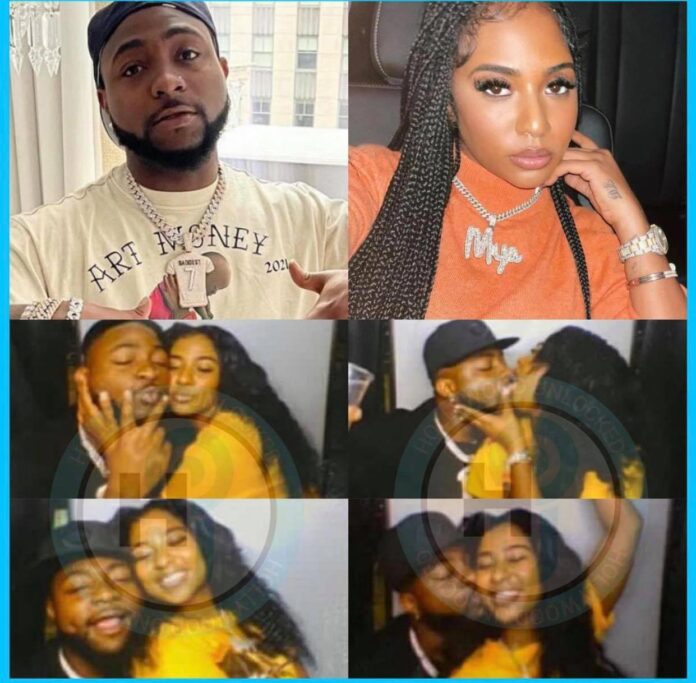 The news was rife recently of a rift between Davido and his widely publicized lover and mother of his first son, Ifeanyi especially as the “FEM’ croner was seen on vacation holding hands romantically with Mya but the recent one wherein he was seen kissing her has yet confirmed she is just more than a friend.

Njenje Media news recalls that Davido had in November revealed that he was under pressure to marry Chioma and declared that after the Assurance video, Chioma had to deal with a lot of hate messages from people with who the relationship did not sit well. Davido later claimed that negatively affected their relationship.

The latest picture of Davido with Mya has continued to elicit reactions on the webspace with many wondering what could have gone wrong between the two lovebirds (Davido& Chioma).

Dead Imo Chief Reportedly “Resurrects” After 24 Hours In The Mortuary