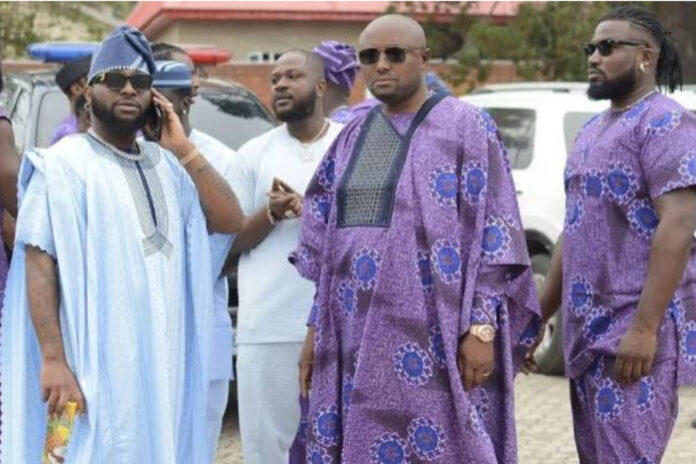 Famous Nigerian singer, David Adeleke, popularly known as Davido or OBO, on Sunday made his first public appearance after the death of his only son, Ifeanyi Adeleke, Njenje Media News reports

The singer made his first appearance in Osogbo, Osun State, at the inauguration of his uncle and governor-elect, Ademola Adeleke.

Davido, in a viral video on social media, was seen all dressed in a blue native attire whilst getting set for the inauguration of his uncle.

The three-year-old child, Ifeanyi Adeleke, who was the only son of Davido and his third baby mama, Chioma Rowland drowned in a pool at the singer’s Banana Island residence on October 31, 2022.