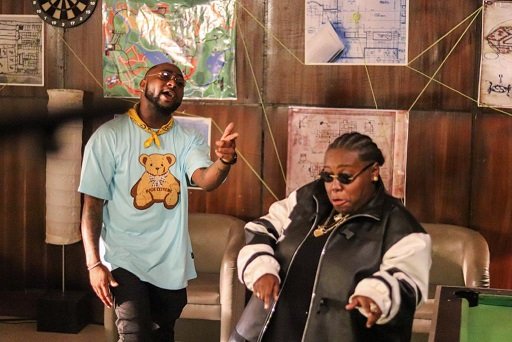 Popular female singer, songwriter, and entertainer Teniola Apata, more known as Teni has in a live chat revealed why it was just Davido she featured in her very first album, Njenje Media News reports.

Teni’s debut album, ‘WONDALAND’ currently trending in the music sphere was curated for over two years in London, New York, Ondo, Lagos, and Abuja and had only Davido as the guest artiste in the entire tracklist.

When quizzed over her choice of having only the DMW henchman in her album, she said: “It had to be Davido. Yo! Davido is such an amazing guy and you know…Big ups to everybody else, cause everybody else shows me love.

“But David is special because I’ve known David since Atlanta. And I remember when I met him in a studio session and he said to me, in his exact words, he said: “Go back to Nigeria and you’re going to be a huge star.”

So, he motivated me with those words and it was just right for me to do something with him for my first album,” among other things.