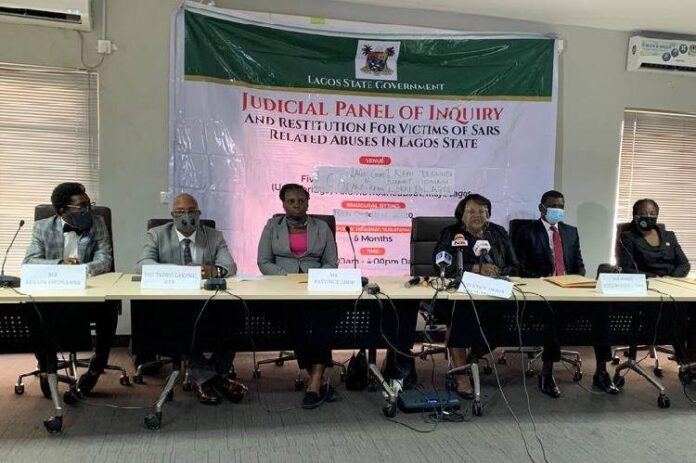 The Lagos state judicial panel of inquiry for restitution for SARS-related abuses has amended its rules in order to fasten hearings and to help conclude all pending petitions before the end of its October 19 mandate, Njenje Media News reports.

According to the panel’s Secretariat, petitioners must immediately front-load all pending petitions (those have yet to be opened) and convert all petitions to a legally sworn Affidavit.

Only petitions that have met the requirements of the new regulations will be allocated hearing dates, and they will be assigned on a first come, first served basis, according to the statement.

The rules take effect from the 2nd Day of August 2021.

In July, the State Government extended the Panel’s term for another three months, the second time since it was established on October 19, citing the hundreds of petitions that had yet to be heard. Other issues, including as the disputed shooting at the Lekki tollgate on October 20, 2020, where demonstrators had congregated, have yet to be resolved.

‘It feels refreshing to be back home’, Uduaghan returns to PDP