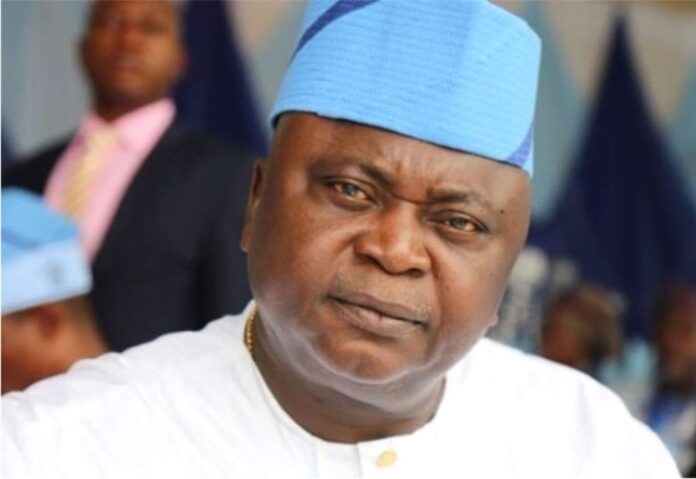 The governorship candidate of the Peoples Democratic Party (PDP) in Ogun State, Ladi Adebutu, has told Nigerians, especially residents of Ogun to endure the hardships they are currently going through in Nigeria, saying the ruling All Progressives Congress (APC) has just six months to go, Njenje Media News reports.

Adebutu’s statement is coming amidst the difficulties being experienced by Nigerians to get fuel in Ogun and other parts of the country.

DAILY POST reports that fuel has become extremely scarce in Ogun at the moment, with long queues at few filling stations.

Our correspondent gathered that the filling stations that opened for business now sell a litre between N200 and N300.

Those living in border communities said they spend up to N500 to get a litre of petrol.

This has brought about a hike in transport fares, including the cost of food and other items.

But, Adebutu, while addressing newsmen at the 2022 Akesan Day festival in his Iperu hometown, said the hardship would not tarry.

According to him, the APC would not stay in office beyond May 29, 2023, expressing confidence that “the people will vote them out with their PVC.”

The former House of Representatives members maintained that the PDP would restructure Ogun and Nigeria, promising that there would be abundance for all and sundry.

“APC has just six months to leave government. In the next six months, comfort will return to the people of Iperu, Ogun and Nigeria in general. We shall have security, we will have good governance. There shall be peace in our state and we’ll have a system that is all-embracing. Let’s just endure the hardship they keep giving to us in Nigeria. There will be abundance in the next six months,” he stated.

Speaking further, Adebutu accused the APC in Ogun of turning the yearly Akesan festival into a campaign rally. This, he said was an attempt to subvert the cultural pride of all Iperu indigenes.

DAILY POST recalls that the appeal court sitting in Ibadan, Oyo State, has on Monday confirmed Adebutu as the authentic governorship candidate of the PDP in Ogun.

The court set aside the September 27 judgment of an Abeokuta high court which nullified all PDP primaries in the Gateway State.