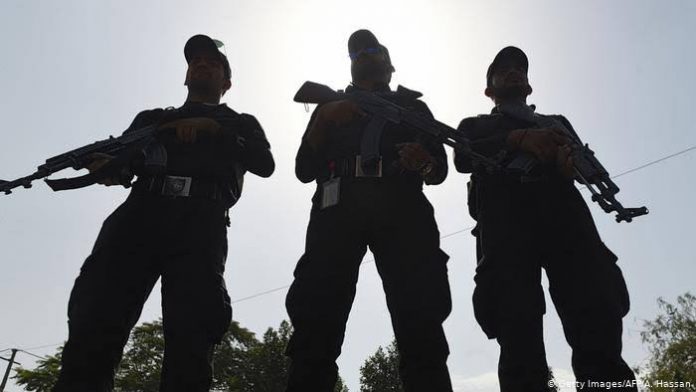 According to The Nation, the monarch was having a meeting with his kinsman in the community’s town hall on December 26 when gunmen who claimed to be policemen led by one Inspector Danladi, moved into the hall in an SUV and sought to see the royal father.

Eyewitnesses say when the traditional ruler who was presiding over the meeting was identified by the three natives, one of the ‘policemen’ immediately shot him on the thigh and he fell down bleeding. Pandemonium ensued after the royal father was shot as the natives scattered in different directions amidst sporadic shooting by the armed men, who made attempts to arrest some of them.

The royal father and one other man, Mr. Ani, who also sustained a gunshot wound, were rushed to the Parklane hospital Enugu but Igwe Mba could not be admitted due to lack of bed space. They were referred to the National Orthopedic Hospital, Enugu but on arrival doctors at the Emergency Unit only confirmed the royal father dead.

It was learnt that the royal father who was elected by his community on December 26, 2019, reportedly bled to death before he could get medical attention. His corpse was deposited at the National Orthopaedic hospital mortuary while the whereabouts of Ani is yet to be known.

Confirming the incident, the spokesperson of the Enugu state police command, ASP Daniel Ndukwe, said the state Commissioner of Police, Ahmad AbdulRahman, has ordered a full investigation into the incident. Read the statement below

RELATED POSTS:  It Is Foolishness To Have Faith From An Infection God Made Vaccine Provision For -- Pastor Ighodalo

”Following the acts of violence that occurred in Oruku Community, Nkanu East L.G.A. of the State over the alleged shooting and death of its Traditional Ruler by armed men suspected to be policemen on 26/12/2020 at about 1630hrs, normalcy has been restored after the Commissioner of Police, CP Ahmad AbdurRahman fipcds, ficmc, fcai, mnim promptly ordered the deployment of Operatives of the Command to the area and the launch of a full-scale investigation into the incidence.

The Commissioner, while reiterating commitment to meticulously investigate and bring the perpetrators of the alleged murder of the Traditional Ruler and the ensuing acts of violence to book, has called on residents of the Community to remain calm and eschew acts capable of further inciting violence in the area while the investigation lasts. He warns that anyone found wanting will be made to face the full weight of the law.”