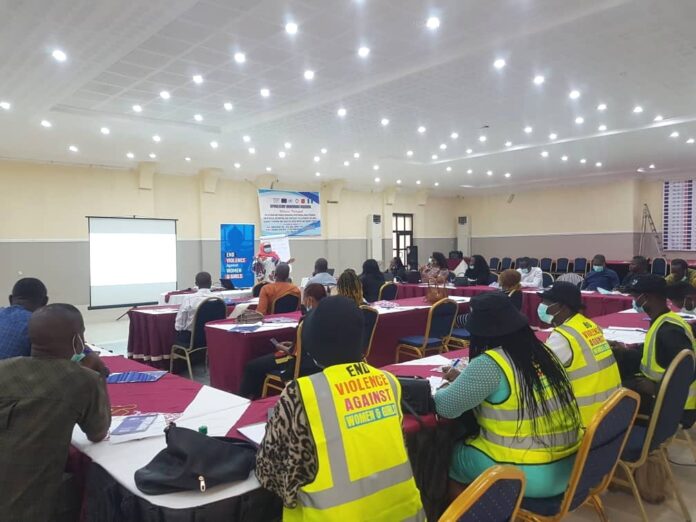 According to the organizations, ignorance and limited knowledge of the harmful nature of female genital mutilation as well as existing laws against the practice have continued to pose a challenge to the fight against the prevalence of FGM.

LEADERSHIP reports that a child protection specialist with UNICEF, Mr. Victor Atuchukwu, made the disclosure during a four-day media dialogue with media practitioners on ethical reporting and advocacy to eliminate violence against women and girls in Cross River and Ebonyi States.

The program was organized by the European Union, United Nations Spotlight Initiative in collaboration with the Federal Ministry of Information and Culture.

Atuchukwu said that part of the problem associated with the prevalence rate includes the deeply entrenched cultural practice that persists in many Nigerian communities due to a myriad of socio-cultural beliefs that vary across communities with regional and ethnic variations in prevalence.

He noted that there are weak national and state-level female genital mutilation response coordination bodies and financial gains.

In a remark, Barr. Mike Aja-Nwachukwu of Ebonyi State Ministry of Justice, lamented the increasing cases of violence against women and children in the state and called on the media to rise up to the challenge by effectively reporting the cases and following them up.

She raised the alarm over an increase in child theft in the state and said that the ministry has recorded over 30 cases.

“Children are being abused and the perpetrators are living in our environment, what are we doing about it as media practitioners?.

“Children are being stolen and mothers suffer it most. What have you done about it as journalists? In our ministry, we have over 30 cases of stolen children, child stealing is on the increase in our state,” she said.

The Gender Desk Officer, Ebonyi State Police Command, DSP Loveth Okimor Ogbuanya, said that the command has recovered six children sold out, adding that the reluctance of parents to allow police to prosecute rape suspects hampers the smooth prosecution of such cases.

She noted that most often, the victims either negotiate with the families of the suspects for an out-of-court settlement or they would prefer the matter resolved by the community or family.

Pressure From NLC Forced Us To Shut Down – TCN