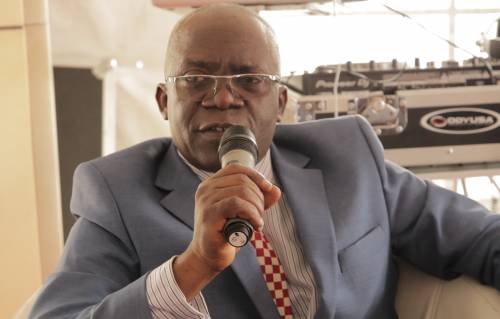 Youths, Babby groomers, Labour Unions, and Progressives across Nigeria have formed a new moment ahead of the 2023 elections in a bid to form a mass workers and labouring masses’ political party.

According to the conveners of the new group, ‘The Peoples’ Alternative Political Movement, a socialist inclined alignment tailored to transform the new-colonial Nigerian economy, despair would be replaced with hope by uniting the working people and the masses beyond the narrow prism of ethnicity and religion, with the hope of attaining a new Nigerian renaissance.

The promoters said the new movement would wrestle Nigeria from a rainbow coalition of dishonest, corrupt and reactionary politicians currently driving the country to a shipwreck through mass corruption and exploitation of the primordial fault lines for personal fortunes.

It added that it would mend a divided country and bring hope where there is despair.

The promoters called on Nigerians, workers, students, women, youths and defenceless people alike to be ready to confront the exploitative system in order to secure eternal freedom from anguish and misery.

“We have started to build alliances in the creeks, in the forest lands, in the savannah, in the desert, in the plateau and plain fields where poor and toiling masses of Nigerians live,” the party said in a statement signed by Jaye Gaskiya.

“We are very clear about the root causes of our existential crisis. We shall mobilise Nigerians irrespective of religion, creed and norms to establish a new country that will be the pride of Africa. Nigeria shall be great again.”

The group described the ruling elite as incompetent, greedy, exploitative, and destructive with their repressive capitalist system over which they preside.

“We are equally not ambiguous about what is ultimately required to address the crisis and salvage our country and her peoples – the displacement of crooks and looters from power, and the elevation of the working class and masses to a state where they can exercise real control and management of their political and economic future,” it said.

On insecurity, the group said the result of the decades of misrule is seen in terrorism, killings and a dominant atmosphere of fear and trembling.

“It is clear that the ruling class and all its various factions have run out of ideas and are incapable of resolving the threats facing the country.

“While bandits in power continue to negotiate with bandits in the forests and on the highways, no single inch of the territory of our country is secure, and not a single citizen or resident is safe or can live a life free from fear.

“It is clear that the ruling class, and all its various factions and fractions have run out of ideas and are incapable of resolving the humongous security challenges, facing the country, and brought on by their incompetence and greed.

“It is clear that in order to adequately address this crisis, the popular masses must accede to power, and undertake a comprehensive root and branch overhaul and radical reorganisation of governance.

“We demand that the working peoples of Nigeria and the labour movement rise up and hold the government and the ruling class accountable.”

Nigeria Is Like A Car With A Knocked Engine That Needs...