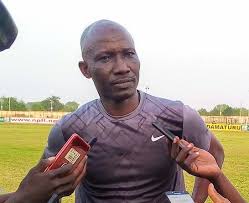 The Flying Eagles will train overseas from the end of January ahead of the 2023 U20 AFCON, according to coach Ladan Bosso.

The NFF are considering setting up a training camp for the Flying Eagles in either Spain or Morocco.

“We will leave Nigeria by the end of January for our training camp,” disclosed Bosso.

The overseas camp is crucial because the team will hope to acclimatise outside the country as it will be freezing cold in Egypt during the U20 AFCON.

The team will re-open camp in Nigeria on January 7 during which time overseas-based professionals will join the squad to battle for team places.

The U20 AFCON will kick off February 19 in Cairo, Egypt, with Nigeria drawn against the host nation, Senegal and Mozambique in the first round.