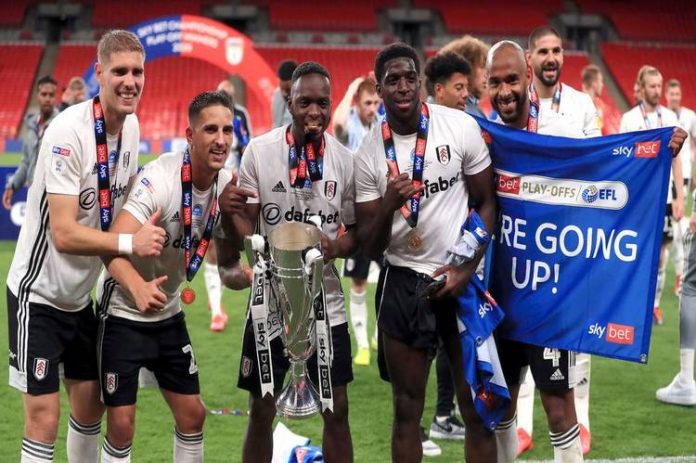 
Fulham booked their immediate return to the Premier League as Joe Bryan struck twice in extra-time to see them past Brentford 2-1 in the Championship play-off final.

Bryan scored a remarkable 105th-minute free-kick at Wembley on Tuesday night to give his side the lead.

Facing a 35-yard distance between himself and the goal, Bryan looked as though he was going to cross it but instead bent one straight into the corner, completely wrong-footing David Raya in the Brentford goal.

The left-back then added another in the dying minutes to seal his side’s spot back in the Premier League after just a season away.

Brentford, meanwhile, who were trying to end a 73-year wait to return to the Premier League will first deal with another Play-off failure.

RELATED POSTS:  Rudeboy Reveals What He Does Differently Since He Left Psquare