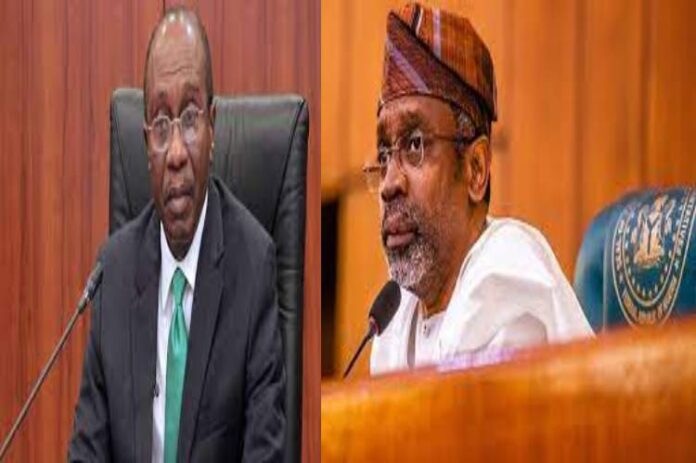 Following the continued free fall of the Naira against major currencies of the world, the House of Representatives has directed the Central Bank of Nigeria to find a way to stop the free fall of the nations’ currency, Njenje Media News reports.

The House of Representatives gave the directive at plenary on Wednesday, it directed the Central Bank of Nigeria (CBN) to urgently put in place a policy to check further devaluation of the Naira to the United States Dollar (USD) and other international legal tenders.

The House directed its Committee on Banking and Currency to ensure compliance and report back to the House in two weeks for further legislative action.

The resolutions followed a motion of urgent public importance by Bamidele Salam on Wednesday.

The House noted that in February this year, the Governor of the Central Bank of Nigeria, while addressing the Bankers Committee at a summit on the economy in Lagos, informed the committee about the Naira’s devaluation against the USD.

The House noted the CBN Governor said that the official exchange rate stands at N410 to the dollar, which is 7.6% weaker than the rate of N379 published on the CBN’s website.

It further noted that while the value of the Nigerian Naira relative to the US Dollar has declined by 9% in the last 6 months, the South African Rand and Ghanaian Cedi have appreciated by 11.4% and 1%, respectively.

The House said it was aware the CBN has adopted multiple exchange rates since last year in a bid to avoid an outright devaluation.