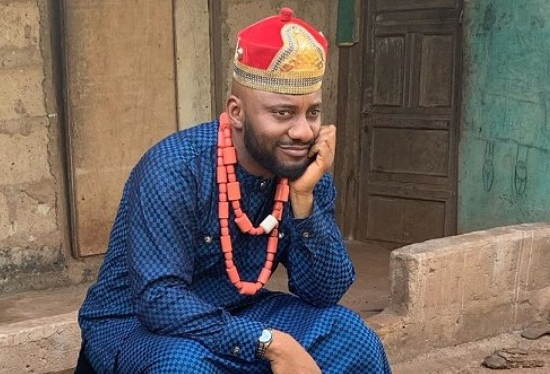 Nollywood actor, producer, and director, Yul Edochie has declared that the controversies surrounding his second marriage to Judy Austin are preparing him for ‘Aso Rock’., Njenje Media News reports.

Yula presidential aspirant in the 2023 presidential election under the All Progressives Grand Alliance (APGA) had for some days now has kept the internet buzzing and generated lots of reactions after he shared the picture of his son with his second wife, Judy Austin, a Nollywood actress, on his Instagram page.

Sharing the boy’s picture, he wrote, “His name is STAR DIKE MUNACHIMSO YUL-EDOCHIE. Born by my second wife, Judy Austin. And I love him so much, just as much as I love my other children.”

This caused a stir among his fans and Nigerians who acted as online in-laws.

Yul’s wife, May Edochie, to who he had been married to for 17 years with four kids, also reacted to the actor’s revelation, when she wrote, “May God judge you both.”

There were several comments from Nigerians and family members, especially from Yul’s father, veteran Nollywood actor, Pete Edochie, who allegedly said he only recognized the first wife according to tradition.

Yul Edochie subsequently hailed his first wife, May, via an Instagram post, where he shared her picture, saying she was his “undisputed number one.”

His revelation generated so many controversies and arguments for and against polygamy and polyandry.

The actor later expressed shock at how Nigerians were quick to respond to his revelation of a second wife compared to his acting and political career.

Nigerian broadcaster, Ifedayo Olarinde, popularly known as Daddy Freeze, however, said, “In my humble opinion, it would be in perfect equilibrium, if May Edochie married a second husband, had a child for him and then posted Yul’s pic with the comment below: @yuledochie, number one undisputed! sadly, life in Nigeria offers women very poor options.”

However, the actor has put out the blame for marrying a second wife on his first wife, May Edochie.

Yul who did this during an Instagram live session with Paulo Okoye talked about the controversies trailing his second marriage to a colleague, Judy Austin.

Yul Edochie said, ” I don’t blame them, it is the love that they have for me that made them react that way. They don’t know the root for it, there is a reason for it. They don’t live in my house. A man wouldn’t come out to say everything in his home they can insult me but they wouldn’t understand”.

He added, “I believe this is preparing me for “Aso Rock” because for one to sit on that seat one has to be prepared for things like this”.