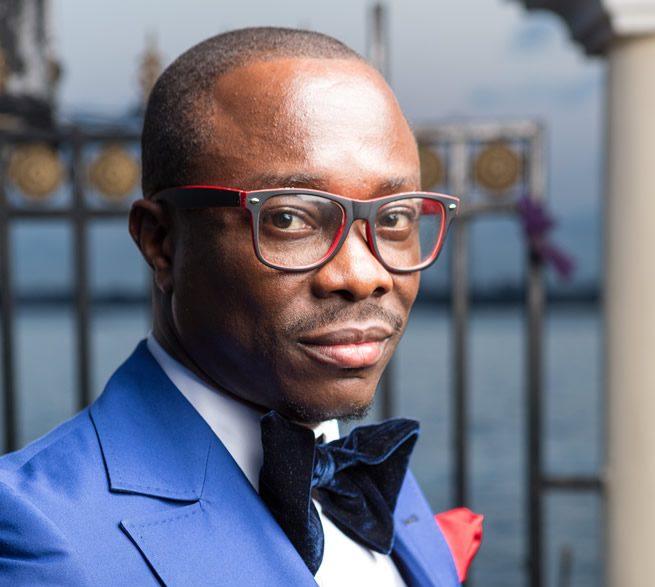 Popular stand-up comedian, Julius Agwu in this Exclusive interview with Vanguard narrated his journey in the comedy industry.

He also revealed that his comedy show, ‘Crack Ya Ribs’ will be returning after a long halt on a global stage.

According to Agwu, his comedy journey began when he was in primary school.

Narrating, he said ” I sold pap while in primary school and always went to school late, my teacher will always punish me for coming to class late. He will tell me to kneel down while teaching and after a long time, he will call me out to dance while the class clapped for me, I danced like Ajasco and gradually I started being funny.

“As a matter of fact, whenever I go to the farm with my mother, I will go to UNIPORT to watch students rehearsing, our farm was close to UNIPORT, Bob-Manuel Udokwu was one of the students, he schooled in UNIPORT.

“In my class 1, I joined Willyzic Traveling Theatre owned by ‘Willy Willy’, Innocent Chinyere Ohiri and we travelled to Delta and other states to perform.

“I also had my troop theatre while in secondary school and we were going to other schools to perform poetry and drama.

“My parents wondered what comedy will do for me but I said I love it.

“I knew from the start that comedy was my thing and as soon as moved to Lagos, I started going for shows.”

Talking about it, Agwu said God used the surgery to open his eyes to many things.

The comedian, after his successful surgery, did a show tagged, “Life as I see it” at Eko Hotels and Suites in Lagos, and had since stayed away from the stage of comedy till date.

Agwu, who noted that there have been problems everywhere, expressed gratitude to God for his life.

Noting that God has given him a second chance at life, Agwu said, “There are those who did not do surgery and they are gone.

He said, “That’s to tell that Satan works in a mysterious ways, but God works in a miraculous ways, and that’s God.

Agwu said God brought him back to life to understand what it means to have friends and family members.

“God used the surgery to open my eyes to see a lot of things. In life people will come and go. The true friends stay, but I thank God that I’m alive. God just gave me a second chance to see how things are,” he said.

Furthermore, when asked about the status of his marriage, Agwu confirmed that his marriage to Ibiere crashed after 14 years, revealing that it ended more than a year ago but he didn’t want to talk about it until some people started saying something about it.

RELATED POSTS:  NDDC Board Will Be Constituted At The Appropriate Time -- Akpabio

Recall that the couple had been going through trying times for some years on account of Agwu’s ill health.

Vanguard recalls that on May 12, 2015, Agwu had surgery in the USA to remove two growths in his brain.

According to some unsubstantiated reports on the Internet, Ibiere had reverted to her maiden name (Maclayton), and travelled abroad with their kids.