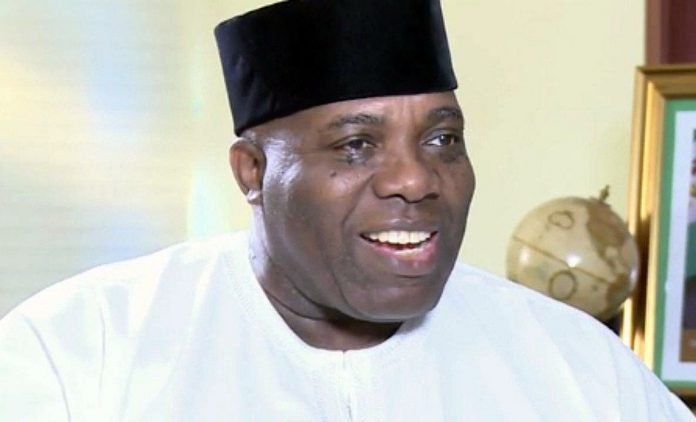 In an interview on VanguardLive TV’s ‘The Controversy’ on Wednesday, the former presidential aide said while in medical school in the United Kingdom, a 21-year old had made a comparison between the UK and Nigerian leaders wherein he described the former as brilliant, wealthy, and progressive people and the latter as a far cry from that.

“I trained as a doctor in the UK,” Okupe told VanguardLive. “In my last year, I was with a hospital on an elective program.

“We were just about three blacks in my group and there was nothing fantastic about them (whites). I had to pretend and deliberately say something wrong so it doesn’t appear like I am always right.

“I called one of them (whites); his name is David. I said you guys look so average. How come your society is better than ours?

“What he said shocked me. He said: ‘The UK is run by five percent of the most brilliant, wealthiest and the progressives of the population— that is the top of the pyramid. But in your country (Nigeria), it is the bottom of the pyramid that your leaders come from.

“I was hurt. I decided then that when I finished medical school, I would join politics and be part of the decision-makers to effect positive change.”

On how far he has been able to fulfill the vow, Okupe said he does not feel fulfilled because he could not do as much as he wanted to.

His words: “I am sad and don’t feel fulfilled because I have not been able to fulfill that vow effectively.

“I had all the opportunities to get good things done because I was not just an ordinary aide to the presidents I worked with. We were friends and partners.”

Asked why he could not make the much difference he desired, Dr. Doyin Okupe blamed it on “the structure and nature of our politics.”

He recalled an instance when he mooted the idea of creating a national IT platform with a guru, “a first-class person on IT matters”, heading it.

The plan did not materialize because some powerful people felt “what’s wrong with you? You create such an important platform and want an Ibo person to head it’?”