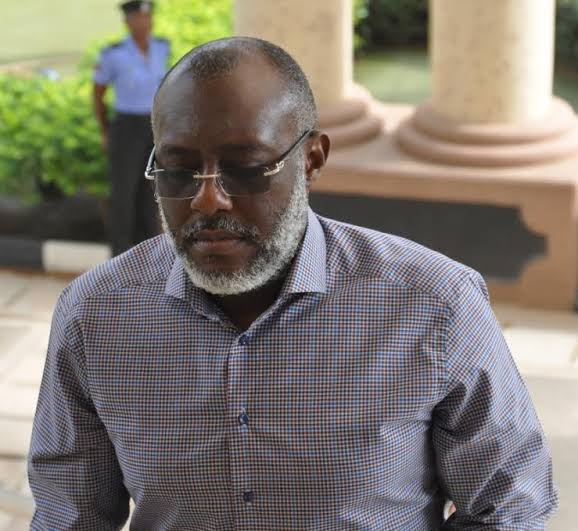 Former National Publicity Secretary of the opposition Peoples Democratic Party (PDP), Chief Olisa Metuh, has said he has no regrets over his duties as spokesman of the main opposition party, adding that it was his patriotic duty to the nation, Njenje Media News reports.

Metuh, while fielding questions from a team of journalists who paid him at his residence in Abuja on Wednesday, noted that it has since become clear that his arrest, detention, court case, media trial and multiple persecutions were all politically motivated to suppress the opposition, which he represented at the time.

The former opposition spokesperson added that his press statements and other activities as National Publicity Secretary of the PDP  were geared towards cautioning on wrong policies as well as proffering alternative ideas for the progress of the nation, adding that Nigeria would not have been in the current sorry state, if those ideas and cautions were taken into consideration.

Metuh said, “it is clear that my travails and ordeals were politically motivated to suppress the voice of the opposition, which I represented then, but I don’t regret any thing I did as opposition spokesperson.

“All I did was in line with my patriotic duty in defending democracy and its tenets which were being assaulted; alerting the nation and cautioning on wrong policies while providing alternative ideas that would help move our nation forward.

“Moreover, my roles, not only as a spokesperson but also as a famed party administrator was prominent in holding our party together, restoring hope in our members and Nigerians in general as well as checking the movement of people from the PDP and the rebuilding of our party after the setback of the 2015 elections.

“Of course there were forces who were not comfortable with my activities and sought to stifle our party. So I was arrested, labeled, handcuffed and paraded like a common criminal; denied access to medical treatment while lies, fabrications and falsehood were published against me.

“In fact, the unproven charge of money laundering was deliberately brought against me solely to tarnish my image, bring me to disrepute in the eyes of Nigerians and divert attention from the issues at stake.

“If you look around today, you will notice that all the issues we cautioned on are happening now. Our nation would not have been in the sorry state if our alternative ideas were considered”, Metuh stated.