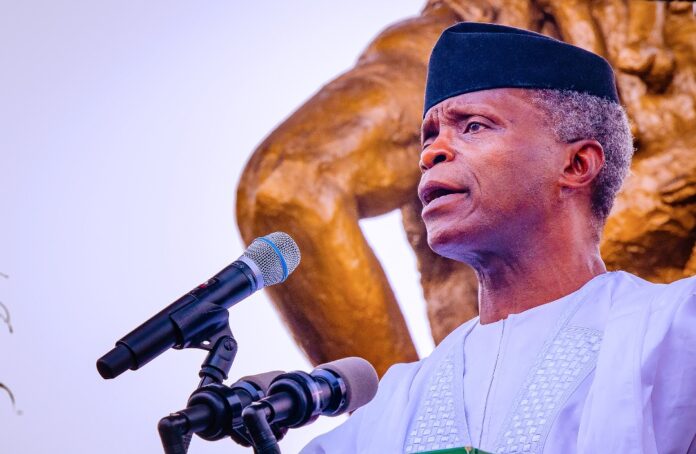 Osinbajo prayed that God would comfort and uphold both of them.

He described Ifeanyi’s death as a tragic loss.

Osinabjo, in a tweet issued by his media aide Laolu Akande, said, ”VP on Ifeanyi’s death: “Dolly & I are greatly saddened by the tragic loss of Ifeanyi, the dear son of Davido & Chioma. We pray our Lord Jesus Christ will comfort & uphold both of them through this traumatic experience. Amen. We also commiserate with our brother, Dr. Deji Adeleke and the entire Adeleke family. You are constantly in our thoughts and prayers.”