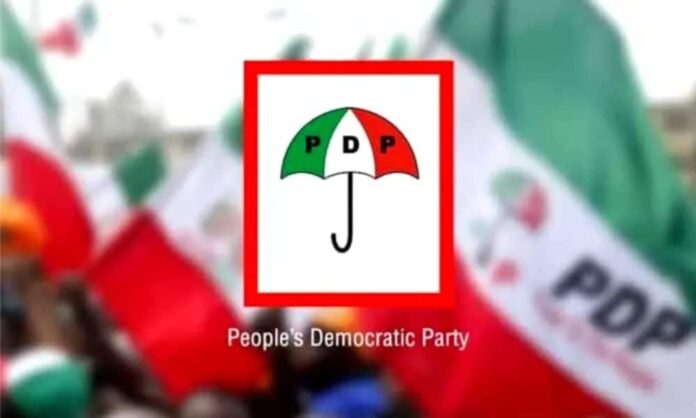 The Peoples Democratic Party, PDP, has petitioned the DSS, Police and other relevant Security Agencies to quickly arrest and bring before the law the Kano Chairman, Shehu Sagagi for impersonation and contempt of court, NjenjeMediaNews reports.

The Caretaker Committee of the Party tasked the security to “nip the sad occurrence in the bud”, and arrest Sagagi immediately.

In an emergency press conference in Kano, the secretary of the Kano PDP caretaker committee, Baba Lawal Aliyu drew the attention of the police to an Appeal Court judgement that set aside Sagagi-led executives thereby returning the party to its status quo (antebellum) before a Federal High Court judgement that put them in place.

He explained further that following the judgement of the Appeal Court, the Sagagi-led faction further appealed the matter at the Supreme Court and the case has been adjourned to November 20th 2023 insisting that the party leadership in the state is no more under him.

He made references to incidences where Sagagi addressed himself as the Kano chairman of the PDP, including live programs on national television thereby violating the order of the Appeal Court.

He further described the actions of Sagagi as capable of breeding violence in the state if the police do not enforce the law on him.

“Surprisingly, Shehu Wada Sagagi just refused to come to terms with the judgement of the Court of Appeal Abuja and desist from pretending or holding out himself as the chairman of the PDP in Kano State.

“Most recently, Shehu Wada Sagagi appeared at the State Police Command Headquarters in an event organized to harp on the peaceful democratic process and the signing of a peace accord for Kano State Parties, Chairmen and Gubernatorial candidates. Shehu Sagagi presented and held out himself as chairman of the PDP in Kano State at that event despite knowing that the only judgement of the court that recognized him as such has been set aside by the Appeal Court, Abuja.

“That the said Shehu Wada Sagagi appeared on National Television (Arise TV) on 23/12/2022 on a live program and held himself out as the state chairman of the PDP in Kano state for making a mockery of a valid and subsisting judgement of the Court of Appeal.

“That in the aftermath of the events mentioned above, party faithful and stalwarts have continued to express their anger and displeasure over the action of the said Shehu Wada Sagagi and I, therefore, deem it necessary to write this letter to your good office in order to nip this sad occurrence in the bud and bring the said Shehu Sagagi to book.

“I believe that the action of Shehu Wada Sagagi in holding himself out as the chairman of the PDP in Kano state constitutes impersonation and same is capable of bringing a breach of the peace in Kano state especially considering the fact that we are in the peak of political campaigns and other electioneering processes” part of the petition reads.