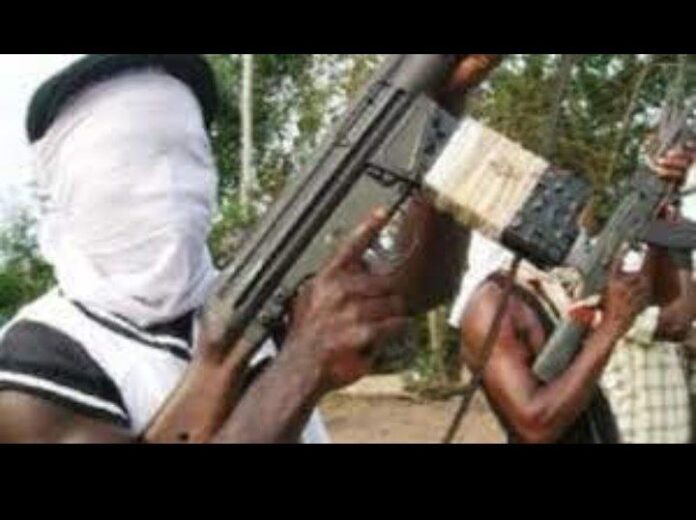 Njenje Media News recalls that a former Chieftain of the APC, Kawu Baraje had alleged that the APC Brought in Militias from Mali, S/ Leone, others to enable it win the 2015 Polls

He had traced the origin of the current insecurity in the country to the influx of Fulani from neighboring countries like Sierra Leone, Mali, Senegal, Niger and Chad brought into the country for election purposes by the ruling party to unseat then President Goodluck Jonathan

“They have made arrests. Why haven’t they told the pub­lic who the terrorists are,” asked Baraje.

“After the election, the Fu­lani have refused to leave. I and other like minds wrote and warned those we started APC with that this was going to hap­pen but nobody listened,” he explained.

Why are we playing the ostrich? Why are we still saying that this is insecurity? Has any government official or APC member disprove Baraje over these revelations he made? From his account, someone brought these killers into Nigeria to make Nigeria ungovernable. So why are we pretending as if we don’t know the genesis. If Sheikh Gumi will know where these boys are, it will be insulting to all Nigerians to say the security officials and government do not know their location and flush them out. From Kaduna to Zamfara, Kebbi, Sokoto and Katsina, their locations are known even to the villagers. Instead of flushing them out, we are waiting for them to come out as repentant killers and pay them allowances for…

The truth is that this is beyond insecurity. It is simply about politics. I blame the northern elites in this whole miscalculation. The destruction in the north as a result of the importation of these killers and who also double as caliphate installers, will take 50 years to remedy. In fact it is irredeemable.

It is in the hands of the northern elites to stop what is going on and return that region to the 21st Century. They must rise and say no to Caliphate agenda and yes to a secular Nigeria. Without this declaration, I will not take them serious about the killings.

Why are elites and the Imams in the north not raising their voices against the Jihaddists? Why are they not raising their voices against the Caliphate establishment? Do these killers have sympathizers in high places? How many of the captured ones have been tried in our courts? How are these boys feeding? How are they getting fuel for their motorcycles? How did they get their motorcycles? How are the getting information about their targets? How are they getting their recruits? How are they collecting their ransom money? How do they vanish after operations? Are they spirits? The logistics to maintain this number of young men in the bush under arms, in different locations in the north takes millions of Naira and strategic coordination. It cannot be done by ordinary Mee ruwa or mee suya. It is a very well coordinated and organized structure.  Someone kept them there. The day the northern elites say enough is enough, the boys will leave the bush and the north will be free.  Please it is very insulting to say there is insecurity that the Nigerian Military cannot defeat. It took ISWAP 3 weeks to defeat Boko Haram but more than 12 years, the Nigerian Military have not defeated them. Does that not tell you anything? The day Nigerian politicians say enough of this bloodshed in the north; this whole needless killing will stop. You cannot fight insecurity with sentiments, insincerity and politics. The killings going on, unreported in the north is heartbreaking. These people are human beings killed in the most grotesque manner in their poor homes. The poor people in the north are bleeding. I feel bad. There is God oo.