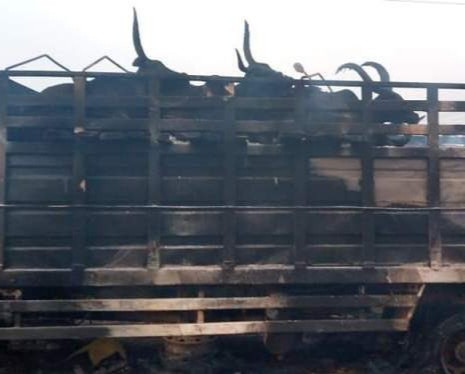 According to SaharaReporters, the incident happened at Challenge junction, along a road under construction in the town.

According to a Source;

“Yesterday, Monday, 11th of January, 2021, around 10pm, an accident occurred at Challenge junction which claimed the life of a boy, Ayuba Raji, who was the younger brother of a popular Yoruba presenter and musician, Monsurat Raji. The boy was riding a motorcycle when he was hit by a truck transporting cows out of Saki,”